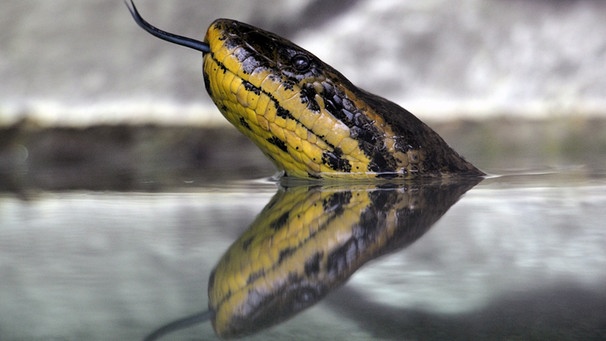 The snake of the Christian paradise becomes a symbol of rebellion against God, for arrogance and disobedience, pride and arrogance. It opens the cycle of salvation by bringing sin and death into the world; it will also close it as an apocalyptic dragon that appears at the end of time and is finally beaten down by the armies of angels. In the intervening period, as an irreconcilable adversary of God, she continues unhindered the work of seduction she began in paradise.

Mind the Gap: The stumbling block in the creation account

The biblical serpent of the fall of man is, however, not an accident, but an indispensable cornerstone of salvation history. Theology needs the satanic serpent to answer the precarious question about the origin and right to exist of evil in a creation that is good in itself. The problem is intricate indeed. On the one hand, God is absolutely good.

"God is light and there is no darkness in him"

It is therefore impossible for a completely good God to create evil. But where, if not from God, does the evil come from?

In their struggle for a philosophically and theologically sound explanation, the Church Fathers fall back on the narrative of the angel's fall, constructed from various, partly apocryphal scriptures. After that, Lucifer, the most radiant and highest angel, even before the creation of the world, rose out of arrogance against God, with whom he believed himself to be equal. With the battle cry "Who is like God?" If the archangel Michael puts down the revolt, the defeated rebels and their leader Lucifer are driven out of heaven and banished into the depths of hell.

After God created Adam and Eve and placed them in Paradise, the Prince of Hell sneaks into the Garden of Eden. Out of envy of man's position, he decides to ruin it:

"He could not endure our untroubled life in paradise, betrayed people through cunning and intrigues, used to seduce the same desire that he had, namely to be equal to God"

Protocol of Basil of Caesarea in the 4th century

Good and bad: spoiled for choice

But why is the devil acting in the form of a snake evil? The Church Fathers teach of their own free choice. Like Gabriel and all other good angels, he could have chosen to stay with God and not fall away. The same is true of humans. Like the angels, he was created with a free will to decide for or against obedience of his own free choice. Exactly this creative freedom of choice between good and evil becomes the lever of the seducer, this is where he starts, this is where sin lurks. Eve succumbs to temptation, eats the forbidden fruit from the tree of knowledge and pulls Adam into perdition. As punishment for giving in to the temptation of the devil and sinning of their own free will, the first parents are expelled from Paradise. The devil's hatred, however, is not yet quenched. Until the end of time he will try to lead people astray. Until the end of time it remains the free decision of man to stand on the side of God and good, or to follow Satan and sin. And until the end of time the serpent bears the curse of the Corruptor and instrument of evil.