What makes a keyboard layout ergonomic

Does QWERTY make us slow and sick?

Have you ever wondered why our keyboards look the way they do?

Many assume that the layout of the keys is designed for efficient and comfortable ten-finger typing. However, the development drove entirely different factors. According to critics, these lead to our writing slower and more likely to injure ourselves.

In this article you will find out the background to the development of QWERTY, how the critics justify their allegations and whether they are right.

We are in the early 1870s. Christopher Latham Sholes - Wisconsin newspaper editor and inventor - faced a problem. He had to constantly maintain his earlier model of a typewriter because the type levers on which the negatives of the letters sit jammed into each other. Similar to a piano, the letters were laid out in two rows from A-Z on the keyboard. With frequent combinations (e.g. S-T), the type levers were also right next to each other and jammed when they shot out one after the other.

So how do you arrange the buttons to prevent such blockages? After years of trial and error, Sholes developed a new layout with three rows, in which he arranged frequently occurring letters in a semicircle and spatially separated frequent letter combinations. 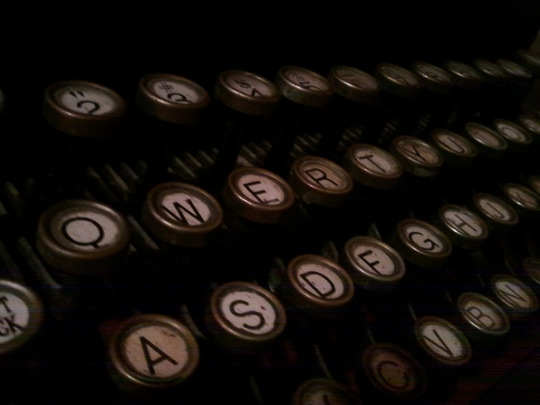 After Western Union refused to buy the patent, Sholes signed an exclusive deal with Remington & Sons. With small adjustments, the QWERTY layout was first used in Remington No. 1 and finally made the breakthrough with the Remington No. 2, which also introduced the change between uppercase and lowercase letters with the shift key.

To this day, QWERTY is the world's dominant keyboard layout and it is hard to imagine our everyday life without it. All devices use it and children learn the ten-finger system on it in primary school. Back then, this arrangement was the best way to write, but almost 150 years later the jamming of type levers is of course no longer an issue. Is it still the best solution for today's use, and does it even have disadvantages?

Tendon inflammations or RSI are now widespread among professionals who work on a computer screen.

Critics like Dr. August Dvorak see the causes in the keyboard layout, which was developed for practical reasons and not for ergonomic and efficient operation. This leads to a reduction in writing speed and injuries. Due to the scattered arrangement of the most common letters, the fingers covered more distance and would be stressed unevenly and on one side. But how do the alternatives compare?

The best known is the 1936 by Dr. Dvorak developed and named after himself the “Dvorak Simplified Keyboard”. There the most common letters are in the middle of the keyboard, while the rarest are on the bottom row. Strong fingers should also be used more than the others. This enables faster writing, a shorter distance traveled, fewer errors and easier learning. 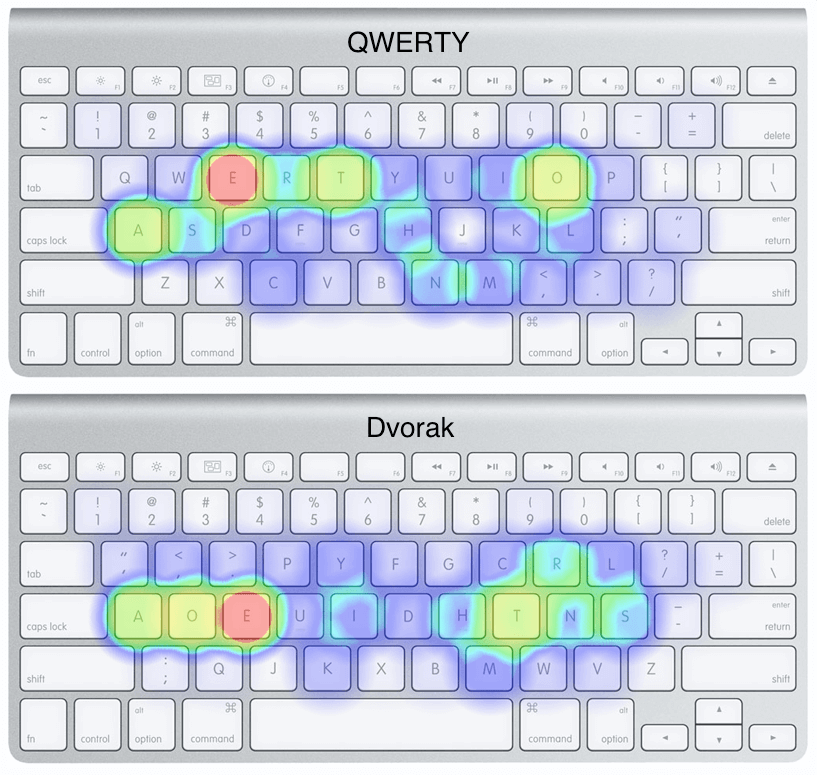 The arguments are conclusive and the layout was clearly created for ergonomic reasons, but the empirical situation looks a bit more complicated. There are no large-scale studies on QWERTY vs. Dvorak, and the most popular of those who support the critics' theses come from Dvorak himself. Still others find little significant difference between the two.

Sholes did not develop the QWERTY keyboard out of ergonomic considerations or even with a view to its current use on smartphones. It was supposed to solve a problem that no longer matters today. However, there is controversial debate as to whether existing alternatives are better. In any case, the QWERTY layout has an enormous spread and accordingly people have got used to its use. So even if the ideal alternative were to be developed tomorrow, it is questionable whether the concept could prevail.

So we can stick to our keyboard layout for the time being. To minimize the risk of injury, we should regularly take breaks from writing and do finger exercises. In addition, keyboards that are ergonomic in shape are available that adapt to the natural posture and movement of the hands and fingers. 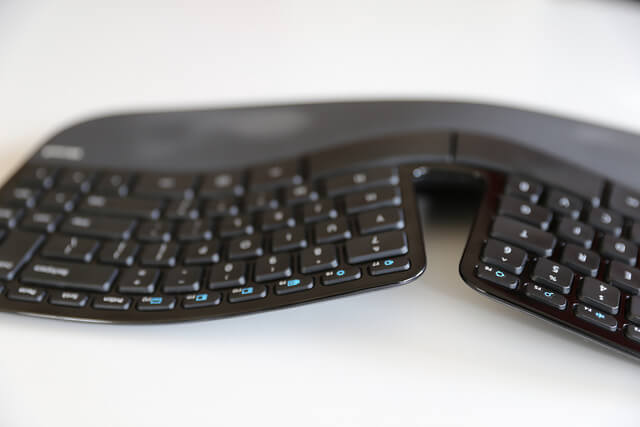 Perhaps in the future the whole thing will no longer be an issue at all when types of interaction such as reliable speech recognition or completely new concepts such as brain-computer interfaces have become established. 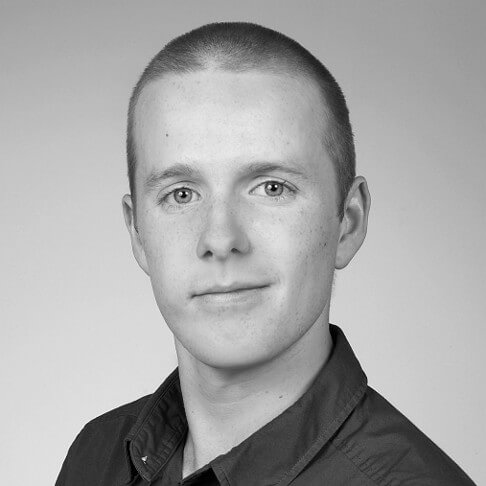 I am studying human-computer systems at the JMU Würzburg and would like to Usability & UX consultant become. I share experiences and findings on this blog.