What's good and bad about Producthunt

We explain to you how the “Ask me anything” principle works 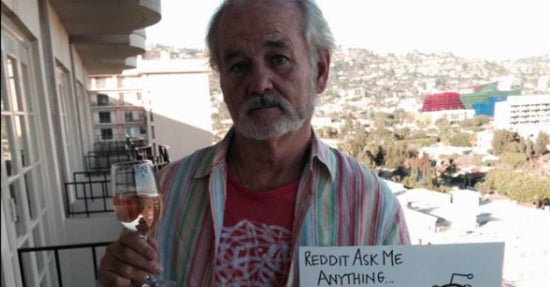 Bill Murray also participates. The cult actor announced his "Ask Me Anything" with this picture.

In the middle of the campaign for his second presidency in 2012, Barack Obama is sitting in front of the computer answering questions from thousands of people. All of this takes place on Reddit, the social community with over 36 million users. “Ask Me Anything” is now an established format there that generates millions of page views. In addition to Obama, previous participants have included celebrities such as Bill Gates, Buzz Aldrin and Bill Murray. Now other platforms such as Product Hunt and Growthhackers.com have also adapted the principle and are successfully generating traffic with expert questionnaires. We'll show you how.

“Ask Me Anything” is an absolute internet phenomenon. According to knowyourmeme.com, an “Ask Me Anything” chat room first appeared on AOL in the 90s. Here the members simply ask each other questions. What's the matter? The chat room runs under the "Romance" category, so the questions revolve around love and sex. Later on, platforms like Slashdot, UrbanBaby and SomethingAwful experiment with question formats that come very close to today's “Ask Me Anything”. Pizza deliverers and burger roasters often ask questions from a handful of people here.

Then Reddit comes along and draws the format into the public eye. The community was founded in 2005, users can create their own sub-forums (subreddits) and discuss the topic there. The result is the “I Am A” subreddit, in which users ask each other questions and talk about their lives.

Lots of traffic with celebrities and experts

According to ex-Reddit boss Erik Martin, Caterina Fake was the first known person to face an "Ask Me Anything" on Reddit. She is the co-founder of Flickr and other tech companies. In order to get even more famous - less tech-savvy - people interested in AMAs, Reddit began collecting the best questions and only passing the edited list on to the celebrity. The format, which is more reminiscent of classic interviews, was often accompanied by a camera team. The first participants in 2009 are Adam Savage from the TV show "Mythbusters" and literary critic Christopher Hitchens. As a result, however, today's typical format develops in which the community asks questions directly to the celebrity or expert, who then selects and answers them himself. For some it takes an hour, others take days. Since the breakthrough with Barack Obama, at least half of the known AMAs have come about through inquiries from celebrities themselves, according to Erik Martin. 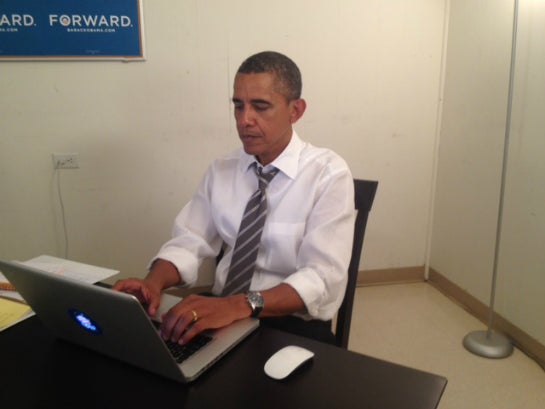 US President Barack Obama at his "Aks Me Anything" in 2012.

The traffic that AMAs mean for Reddit is enormous. In addition to the Barack Obama example, we're digging Snoop Dogg out of here. His question and answer session alone - at the time he was using the pseudonym Snoop Lion - brought Reddit around 1.6 million views in one day at the end of 2012. Other famous people who have done AMAs on Reddit: Bill Gates, Elon Musk, Madonna, Patrick Stewart, presidential candidate Bernie Sanders, actor Peter Dinklage, Channing Tatum, inventor of the world wide web Tim Berners Lee, Buzz Aldrin, Harrison Ford, Jerry Seinfeld, Julian Assange and Edward Snowden. A look at the statistics of the “I Am A” subreddit makes the significance of the format clear: this category alone records between five and ten million unique visitors and between 15 and 30 million page views per month. A little tip for Star Trek fans: On November 9th, George Takei (alias Lt. Sulu of the Enterprise) will answer questions from Reddit users.

As for celebrities, Reddit has established itself as the place of choice, but AMAs are also great for experts in specific fields. Therefore, the format fits perfectly with pages from certain niches. For example, there is Product Hunt. Launched in 2013 as a newsletter for new apps and start-ups, the site is now the first address for discovering new games, books and podcasts. So far, the traffic has been taken care of by the community, which has always presented new products. With over $ 7.5 million in investment capital, the site is now starting to produce its own content - with an AMA category called Live. VCs and startup founders should give insights into their work here. Ashton Kutcher, Foursquare CEO Dennis Crowley, the successful VCs Chris Sacca and Benedict Evans, WordPress founder Matt Mullenweg, Gary Vaynerchuk, Wired founder John Battelle and the successful podcaster John Lee Dumas were there. The first AMA was launched in August, and Product Hunt's traffic curve immediately showed an upward trend: the Similiarweb analysis tool reported over 6.8 million visits in August - the Product Hunt average was 5.6 million.

Ashton Kutcher's AMA was one of the first on Product Hunt.

If we are already talking about AMAs belonging to the Growth Hacking category, then the Growth Hackers portal does everything right. The AMAs are among the most successful contributions to the forum. Successful growth hackers like Andrew Chen, the creator of 7 Minute WorkoutStuart Hall, Peep Laja and Andy Johns (ex-growth hacker at Facebook) provide insights into their work here. The format has also arrived in Germany. Internetworld.de is currently trying to use AMAs. During the second edition on the subject of social media marketing, just over 20 questions came together. Marketing sites in the USA such as inbound.org also organize expert question and answer sessions - some with over 400 comments. The consultant John Stepper even introduced the principle of AMAs at Deutsche Bank. There it serves as a tool for communication between employees and hard-to-reach managers.

On the Traction Day on November 18th in Hamburg you will get further insights on building reach for your project. In five sessions in one day, experts from various fields (podcasts, YouTube, online magazines) will tell you how they managed to make a brand big out of nothing. An AMA with eye contact, so to speak. You can get one of the few remaining tickets here. As for AMAs, do you have someone on your mind you've always wanted to ask a question? Let us know in the comments. Maybe we can shoot something there.