Why is there GST for gasoline

In the fall of 1958 I was enrolled in Leipzig to study physics. The following report shows that we have not only dealt with physics and mathematics, but have also dealt with other things.

Now that we had mastered the first year of study, it was far from over. Now the pre-military training within the GST, the Society for Sport and Technology, was on the agenda. I write this down because my grandchildren certainly can't imagine something like that.

We, i.e. the 1st and 2nd year of study, drove to Böhlen near Leipzig, where we were at least put in beds in the attic of the single home. Eating took place in the company vocational school of the Böhlen Combine, a large enterprise consisting of a power plant and a gasoline factory, where gasoline was still made from lignite at that time. The GST training took place on the sports field of the company sports association Chemie Böhlen. The sports field had the great name "Friedrich-Ludwig-Jahn-Kampfbahn". There we were allowed to march and practice drills. For me, being a thoroughly unmilitary type, it was torture. The orders came from some 5th and 7th year students. These were particularly loyal students, some of them real noble communists.

The two GST bosses were called St. and H. Both were in their 7th year of study, although the standard study period was 5 years. They fiddled around with their diploma theses, got scholarships and devoted themselves to the GST work. For this reason no one has hit them on the fingers for a long time because they have exceeded their study time. Later, such long-term students were dealt with. St. was a rather unpleasant guy who shouted his commands in the best Saxon manner across the Jahn arena. H. was not that disgusting, but he stuttered. He can't help stuttering, but it was still funny when he commanded on the firing range: "You, you and you are posting, I don't want to see any more of you!" That should mean that the posts should be fully covered. My friend Micha was particularly good at imitating that.

Another characteristic of our GST commanders was that, of course, they did not walk next to the troops, but instead rode the motorcycles that the GST had at their disposal. So one day a big alarm should go off with a subsequent exercise. St. threw two firecrackers into the area on the sports field and yelled in the best Saxon: “Aolaorm!” We thought it was so funny that we rolled around on the benches laughing. St. was now really roaring in a rage. So we had to run 200 m to the armory. We stood there because when we were handed out the locks on all small bore rifles were removed so that we would not lose them. They stayed in the armory, I don't know who came up with this nonsense. So we were chased around in the woods and fields for a few hours. Then there was maneuver criticism.

The GST bosses criticized our readiness for action, our marching, our exercises in order and what I don't know. But they hadn't expected the echo. Now the discussion really started. The criticism that now came from us was not made of paper. It then culminated in the sentence: “You can't even see us marching if you only ride the motorcycle!” I don't remember how the discussion ended, but our GST bosses then treated us much more cautiously . After 3 weeks the spook was over. 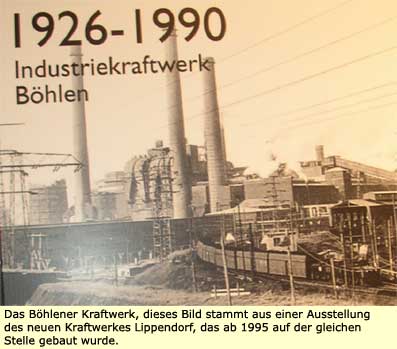 But one thing has to be reported for the sake of completeness. In order to finance the camp, we first had to work 10 days. We were deployed in the power station and employed as sootblowers and rinsing channel keepers. The power plant was built in 1925, the condition was probably not that famous, at least there was a hissing noise in every corner and hot water poured down from above. It could scare you of heaven. There were real escape routes in the power plant, which were marked with large letters as escape routes. Nowhere was there so much junk as on these "escape routes".

From a technical point of view, a few things have to be explained about our work: The lignite-fired power plants work with coal dust, which is produced from the raw lignite in large mills. The dust, which is highly explosive as a dust / air mixture, is blown directly into the combustion chamber by the mills. The coal burns and the ash falls down into the rinsing trough, where it is washed away by water. Since the coal that was burned there was of fairly poor quality, the impurities in the coal formed into slag, which stuck to the riser pipes of the boiler and formed large hanging lumps. If the lumps fell down into the flushing channel when they were heavier than the adhesive strength, then oxyhydrogen could form, and the kettle could fly apart due to the force of the lumps and the oxyhydrogen. 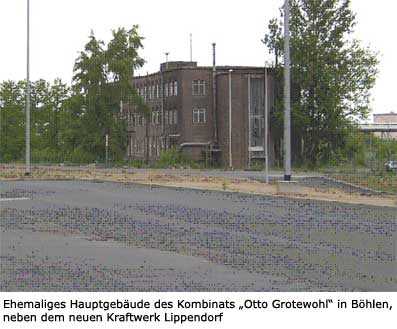 When I was in Böhlen, it happened in the neighboring Espenhain. My father, who was employed at the Institute for Energy at the time, was terrified when he got the error message on the table the next morning, until he remembered that I was in Bohlen. Sootblowers existed to prevent such dangerous conditions. With a sharp jet of water, which they directed through a hatch onto the riser pipes, they ensured that no large lumps of cinder were formed on the risers. The rinsing channel keepers, on the other hand, had to keep the rinsing channel free of ash build-up. This was also done with a water jet or quite simply with a shovel and spade. Both jobs were hard, hot, and dirty. I was a gullet keeper, or in power plant jargon, “Ascheprinz”. Micha and I were on the night shift, and I never suspected how hard ash can get in the water after she has sat there for a while. We were now given puzzle cups and foot rags. also how to put a foot rag around your feet correctly so that you don't get blisters on your feet during the shift was a new experience. Michel and I celebrated my 19th birthday sitting on an iron staircase next to the rinsing channel. The night shift had an advantage: during the day, when there was no shift and we were off, we were left alone.

After the second year of study, a summer camp was due again. Again we went to Böhlen near Leipzig. Again we were stationed on the Friedrich-Ludwig-Jahn-Kampfbahn. This time we had to sleep on straw mats in the wrestling hall. Again we first had to work out the costs for the warehouse. For this we were sent to the gasoline works to shovel cable trenches. It was the most beautiful summer and working in the blazing sun was quite a drag, especially since we weren't used to it. To make matters worse, the trenches had to be dug in the ground, as hard objects were constantly encountered that had to be laboriously dug with a pickaxe. Today you do something like that with small excavators, but in 1959 there were no such special excavators in the GDR, a condition that was to persist until the end of the GDR. In addition, the petrol plant, which had been in operation since 1925, should not have any documents about existing cables, pipes and lines that were already in the ground. In this case, too, handwork was the order of the day. Smoking was strictly prohibited in the petrol plant, there were very few rooms that were specially set up for smokers. But then you could cut the air. So half of the summer camp time was worked, the other half was pre-military training. However, we were now in the second year of study and already so experienced in dealing with the instructors that the whole thing could be made bearable.

The best thing about this year's camp was that we were in Böhlen together with the student cabaret “Rat der Mockers”. This student cabaret was a very famous cabaret at the time, which played in the so-called “Spötterkeller” under the Nikolaikirchhof. Two physics students were also represented in this cabaret, but they were temporarily not allowed to play due to poor academic performance. Most of the cabaret were journalism students, only the boss studied at the theater school [*] So we got to know Gomorrah (the boss), Ernst, Schnafte, the pianist and others. They played all of their programs in the camp and we had a lot of fun together. In any case, they were all great buddies. Gomorrah is Peter Sodan, until recently he was director of the new theater in Halle for almost 25 years; today he is a popular and respected television actor. Ernst is Ernst Röhl, a popular writer who was an employee and author for the satirical magazine "Eulenspiegel" even during the GDR era, and who in particular collected the typical GDR terms. There are innumerable humorous books by him. Unfortunately, after August 13, 1961, the "mockers" were arrested and tried for incitement to the GDR. Röhl described these events impressively in his book [*]. In any case, our friend Wolfgang W. came to my engagement party on June 10, 1962 with the message: “The scoffers are free!” We really celebrated that apart from our engagement. They had been in custody for nine months and then given suspended sentences.

Now to the story of the origins of my friendship with Wolfgang W. Wolfgang was of the same age, but an academic year between us. In this way we were now in the student camp together. He had good relations with the "scoffers", as the cabaret members, who were physicists, came from his academic year.

On the last evening of the summer camp there was the usual closing ceremony in some hall in the neighboring village of Rötha, known in GDR times for its fruit wine and the fruit wine tavern with a tradition going back to the 18th century. A number of fellow students in the fruit wine press had stocked up on large quantities of fruit wine, and during the party they suckled the bottles with relish.

The consequences were terrible. Since the boys apparently couldn't stand large quantities of fruit wine, there were soon a number of fruit wine corpses in our Ringerhalle that were "in their own juice". The mess was terrific. Wolfgang and I and a third person, whose name I don't remember anymore, threw the fruit wine corpses into the shower, which luckily there was next door, and we threw the blankets afterwards. We all had a burning cigarette in the corner of our mouth, otherwise the stench was unbearable. The next morning some had big problems getting ready to leave on time for the journey home.

Since that night with the fruit wine corpses in the Ringerhalle, I have been friends with Wolfgang W.

Incidentally, such summer camps for students who did not belong to the reserve of the National People's Army took place until the end of the GDR in 1989. My eldest son, also a physics student, took part in one of these summer camps in 1985.