Why is the USA a shit hole

Many of his political opponents had predicted that US President Donald Trump would be removed from office before his first anniversary in the White House. But it didn't come to that: Trump celebrates his one-year anniversary in office on Sunday. For the majority of the past 365 days, the president caused a stir with tweets or crude statements. They find supporters refreshingly honest. For opponents, on the other hand, the statements of the US president are often disrespectful, hateful, racist or all at once.

Most recently, Trump caused a stir when, at a meeting with senators in the Oval Office, he allegedly asked why the US was accepting so many immigrants from "bastard" countries. He is said to have referred to Haiti, El Salvador and African countries.

Trump himself claims that he did not use the term "bastard". But the Democratic Senator Dick Durbin, who was present at the interview, sticks to his account. And if you look at the President's tweets from last year, the "bastard" derailment doesn't seem unthinkable.

People who come from the countries that Trump is said to have insulted are outraged. There have been repeated protests in the past few days.

"Now the emperor stands there without clothes"

At a demonstration in Miami last Friday, Haitian immigrants and members of the Haitian community demonstrated against Trump. "Now that the emperor is without clothes, we see everything very clearly. Trump wants to save this nation for the white immigrants and says to the blacks: 'Fuck the devil,'" Steven Forester, a participant in the demo, told the newspaper "Miami Herald".

At another Haitian demonstration in Florida on Monday, protester Charlemagne Metayer told the online Palm Beach Post, "We are hard working people. We deserve an apology from the president." 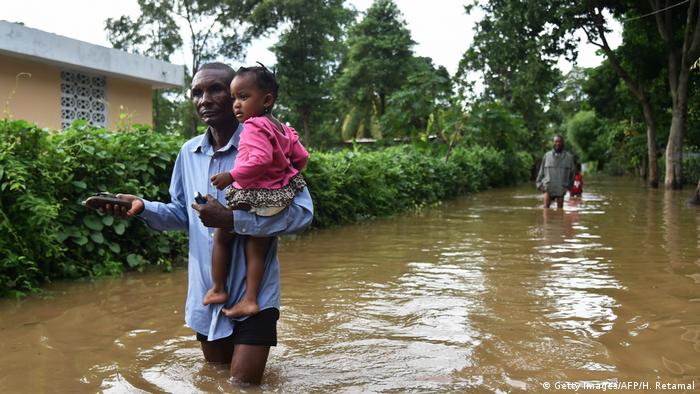 Haiti floods after Hurricane Irma in September: "We deserve an apology"

Republican Congresswoman Mia Love, whose parents immigrated to the United States from Haiti in the 1970s, said Trump must apologize to the American people and the countries he has offended because his words caused discord and were "elitist".

Outrage, but also understanding from Africa

Many African countries also want an apology from the US president. In a statement, 54 member states of the African Union demanded that Trump withdraw his statement. The ambassadors of the African states to the United Nations also agreed. They condemned what they saw as "outrageous racist and xenophobic" statements by the US President.

The family of the late Nobel Peace Prize winner Nelson Mandela also criticized Trump. "We are very disappointed that someone of Trump's weight is able to make such racist statements," said Mandla Mandela, the grandson of the first black South African president, the newspaper "Independent". Trump also insulted not only Africans, but also the descendants of African slaves in America.

The African National Congress (ANC), South Africa's ruling party, called Trump's words "extremely offensive." US ambassadors have been convened in several African countries to explain the behavior of their president. Botswana's government has asked Washington to clarify whether it is one of the "bastards".

Complaints and the calling up of ambassadors are normal diplomatic processes after such an incident, says Frans Cronje, head of the South African Institute of Race Relations. But Trump was criticized too harshly, after all, he must be able to speak freely in his own office. "I don't think Trump's statement was a misrepresentation of what life is really like in many African countries," Cronje told DW.

As an example, Cronje cited figures from a recent survey by his institute: "The USA spends $ 10,000 a day on health care, the Democratic Republic of the Congo only $ 20." Trump called things by their names, said Cronje. The reactions are a political correctness hysteria due to his choice of words.

"It is the policy of the governments in the affected states to suppress human rights and make economic decisions that keep their countries poor," says Cronje. "That's why these countries are places where very few of Trump's critics would like to live - not even the journalists and outraged justice activists." The global refugee movement also shows that many people want to leave these countries.

From Latin American countries, there was sharp criticism of the words of the US president - from the very top. 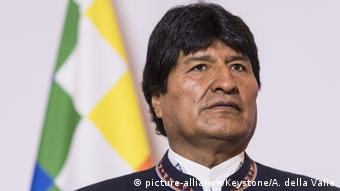 The Cuban Foreign Ministry said: "The Cuban people are outraged by these statements and proud of the contribution that locals and their descendants from all over the world have made throughout the history of Cuba, especially the achievements of Africans and Haitians since its inception our nation. "

Similar sounds come from Bolivia. "By insulting the African countries, El Salvador and Haiti, Trump insults the entire world and shows that his language and politics are shaped by racism, fascism, arrogance and the ignorance of capitalism," said Bolivian President Evo Morales. "History has shown that those who offend others in this way end up swallowing their own words."