Who is Mike Jones

The American mobile number 281-330-8004 is recommended to everyone who has always wanted to call a rap star. It takes a little luck or plenty of patience to get through between the other callers from all over the world (up to 20,000 a day). If you have done that, however, there is a good chance that he will answer the phone. Who? Mike Jones! 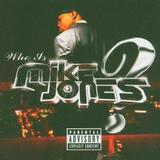 Born on January 6, 1981, Mike Jones grew up in Houston, Texas. When it became clear that a professional basketball career would not be enough, Mike turned to his second great love, rap. The main motivation for founding his label Ice Age Entertainment and setting up his own studio is to keep costs as low as possible, because money is lacking in the beginning, as is so often the case at all ends. What else does a rapper need? That's right, beats aren't bad. But what to do when every DJ, every producer Mike approaches, first asks the question: "Who are you anyway?" - "Mike Jones." - "Who??" - "Mike Jones!" Very frustrating.

It's good to have a smart grandmother on hand for such cases. Mrs. Elsia Mae Jones has a strong connection to her grandson. She teaches him how important it is to be yourself - by the way, the reason why Mike Jones leaves it with "Mike Jones" and does not choose another stage name. When it comes to the 'who are you' problem, too, Grandma knows what to do: "Just ask the question first." It works: "Who? Mike Jones!" becomes Mike Jones' preferred, ubiquitous, repetitive hookline and his trademark. In addition, he mills his mobile number into the memory of his audience; hardly a track in which he doesn't sell her. In addition, it is emblazoned (next to the inscription "Property Of Mike Jones") on promo shirts that are generously thrown among the people. Rumor has it that Mike Jones had to switch phone providers after his phone bill broke the $ 250,000 mark; he now has a cheap contract.

In the year it was founded, Ice Age Entertainment released the first sampler ("Ice Age Vol. 1"). Mike Jones goes to great lengths to make his sound known. A common route in the south appears to be through the city's strip clubs. Mike has a special marketing idea in this regard: He grabs a stripper, asks her about the accompanying song she prefers to use during performances and offers her to write a rap specially tailored to her for the corresponding instrumental - during which you will, of course, meet one or the other time Names ("Who? Mike Jones!") Can drop. The concept works: first the dancers Mike Jones run into the booth, then the club owners. "Mike Jones" is becoming a household name in the streets of Houston.

Typical of Mike Jones' way of working is the reprocessing of lines of text from one track, "chopped and screwed", as a chorus in the next. With the peculiarity of repeating entire lines of text two, four, eight times, he breaks unwritten rap laws, according to which such is stigmatized as unimaginative. Mike Jones insists, however, that this is a better way to get to the heart of the matter, the moral of the story. He counts 50 Cent and Nelly among his influences; the latter in particular because it proved that you can sell a considerable number of records even without big producer names.

"Ice Age Vol. 1" comes into the hands of T-Farris, A'n'R man at Houston's indie label Swisha House. Label boss Mike Watts is considered an authority on the booming "Screwed Hip Hop", a Dirty South variety with beats that are slowed to the limit and made popular by DJ Screw. "The people in the south like it a little slower," said Mike Jones in an interview. "Some like the tracks at normal speed, but they also go crazy when they hear the crewed version afterwards." Mike Watts is impressed: Mike Jones becomes a member of the Swisha House family in 2002 and gives the label several releases.

Without a major contract, without video and without radio airplay, he sold the phenomenal 250,000 units. How can that be done? "90% hard work, 10% sleep," said Mike Jones himself when asked. His motto "You don't work, you don't eat, you don't grind you don't shine" adorns his forearm as well as the cover of his album "Who Is Mike Jones?" - which will be released by Warner Music in 2005. Oops! Now a major label after all? With that, the dream of being the first indie artist to adorn the cover of the Source is likely to be over. Mike Jones takes it easy, for him the change comes at the right time. When looking at Warner's artist line-up, he sees an urgent need in the hip-hop area.

"Who Is Mike Jones?" shoots to number three on the Billboard charts. With "Still Tippin '", a collaboration with his label mates Paul Wall and Slim Thug, Mike Jones has his first major hit after he was already on "Badd" by the Ying Yang Twins ("United State Of Atlanta") and " Joy "by Missy Elliott (" The Cookbook ") was allowed to complete feature appearances. "Back Then" follows as the second single. Mike Jones dedicates not only the song "Grandma" to his now deceased grandmother but the entire album. No diss tracks distract from the dominant question of the main character: Who is Mike Jones? After all ambiguities should really have been cleared up, Mike Jones turns back to his private amusements: working on "Ice Age Vol. 2", for example. And answering his calls.