The growing spread of the lung disease Covid-2019 is already the cause of delays in the production of various new electronic products, including Apple's iPhone. Now the prices for Solid State Drives (SSDs) are also rising sharply. As the Taiwanese industry service DigiTimes reports, citing sources from the industry, the distributors have started to increase the prices for SSDs - and in some cases significantly. The background is concerns of resellers about possible production downtimes and the resulting delivery difficulties due to the effects of the new coronavirus.

Prices have already risen by 15 percent

Compared to the time before the Chinese New Year celebrations, prices in China are said to have risen by around 15 percent, at least according to the statistics of the market watchers from ChinaFlashMarket cited by the sources. Actually, it was previously assumed that the SSD prices would fall due to the falling demand as a result of the "special situation" in China, because the interest in buying would decrease significantly. Coronavirus infographic: These countries are affected 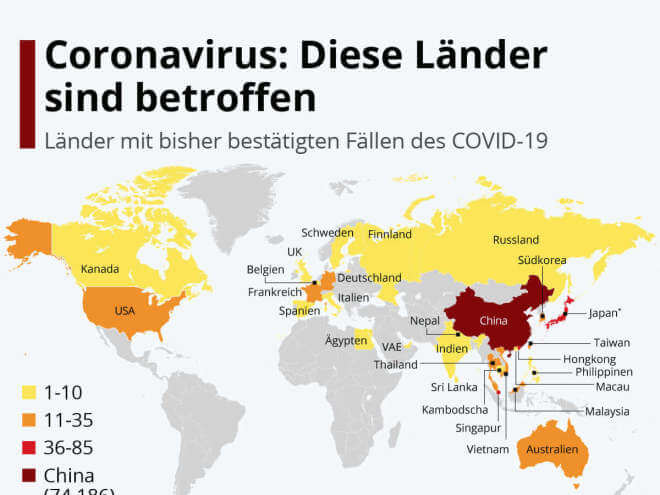 The retail sector is currently struggling with the fact that the manufacturers of solid state drives are largely ignoring the orders from the distributors and are instead trying to avoid delivery bottlenecks to the PC manufacturers. Because this creates uncertainty about the availability of SSDs for free trade, the distributors try to reduce demand with their price increases and thus ensure that their existing stocks last longer.

At the same time, the PC manufacturers, whose contract manufacturers often buy the SSDs for the systems of the brand providers directly from the manufacturers based in China, try for their part to forestall bottlenecks and therefore offer higher purchase prices. You want to ensure that when the production of laptops and desktop systems resumes, there are enough SSDs to prevent further delays.

At the same time, it is becoming more difficult for SSD manufacturers to prevent production downtimes for their part, because the suppliers of the materials they use are often located in Hubei province, which is hardest hit by the Covid 2019 epidemic and can therefore no longer work for the time being. Apart from the effects of the epidemic, the flash manufacturers are for their part limiting the availability because the demand from the server market is increasing and they want to generate higher income and so prices were expected to rise anyway.

Videos on the topic of coronavirus

Now as an Amazon Blitz offer

Do you want to shop online? Then please use one of the following affiliate links to support WinFuture: Thank you!
<?