What are some tourist attractions in Luxembourg

Are you looking for a holiday destination full of historical sights and unique nature? Then Luxembourg is just right for you. But what do you have to see in Luxembourg? At first glance, the small country doesn't seem spectacular, but in fact the opposite is the case! There are many beautiful places to be found in Luxembourg, because our small neighboring country has a lot of extraordinary cultural assets! Here are our Luxembourg travel destinations as Top 5 tourist attractions in Luxembourg: 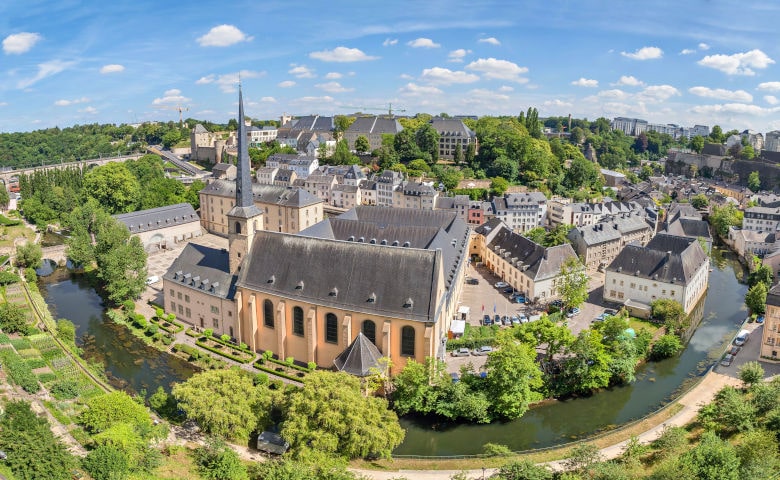 There are many beautiful cities in Luxembourg, but the capital is without a doubt the country's main attraction. Not only did she receive the award in 1995 and 2007 European Capital of Culture awarded, but it also holds many historical sights for its visitors. The most famous are the remains of the once proudLuxembourg Fortress and theNotre-Dame de Luxembourg cathedral from the 17th century. The old town became insolvent because of its numerous, beautiful old buildingsUNESCO World Heritage Site recorded. In addition, the city has a large number of museums and art galleries to offer, so that culture in the capital is not neglected. Even the impressive onesWorld War II monuments just outside the city are well worth a visit.

Tip: Walk the Wenceslas Path through the old town. The 5.5 km long circular route leads past the defensive walls, the famous onesCasemates of the old town and several citadels. Experience a thousand years of history and all the splendor of the cityin the largest open-air museum in Luxembourg. The underground tour through the part of the casemates, which is only accessible from April to October, is a very special experience. Here, in the restored corridors, history comes to life. 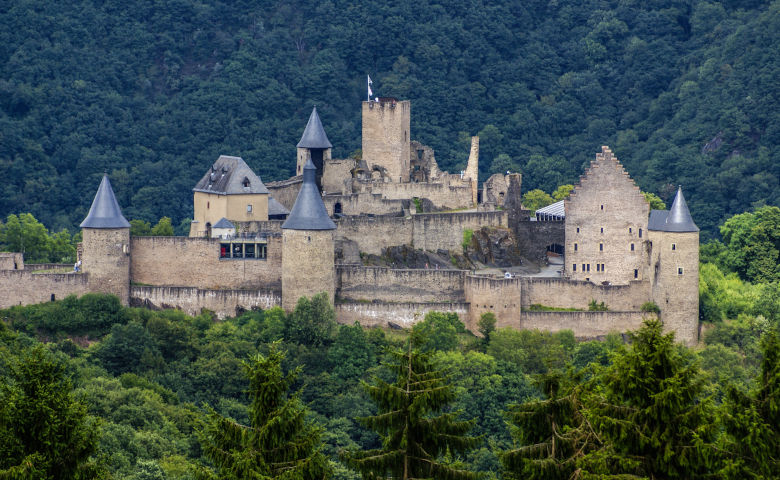 What at first sounds like the title of a fantasy book is actuallyone of the most beautiful regions of Luxembourg and definitely belongs on our list of Luxembourg landmarks. The name comes from theseven castles and palacesthat are close together in this valley: the Fockeschlass and the Gréiweschlass in Koerich, Septfontaines Castle, Hollenfels Castle, Ansemburg Castle, Ansemburg Castle and Mersch Castle. Actually, the valley is also called Eisch Valley and is a wonderful area for Hikes and bike rides. The 37 km long hiking trail “Valley of the Seven Castles”, for example, leads past all seven castles and leads you through the wonderful nature of the region. Ideal when you need a break from everyday life.

Tip: The Eisch Valley was also known for flourishing steel production. Although nature has reclaimed the valley, attentive hikers can still find traces of that era. The numerous grottos in which the miners lived with their families still tell their stories. 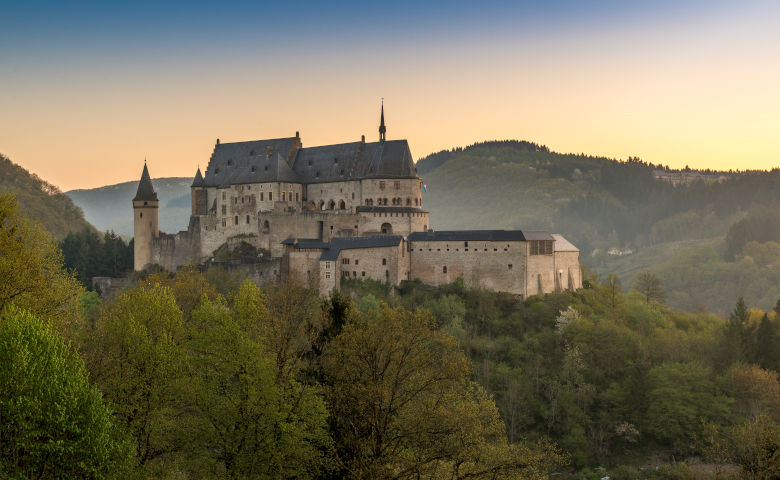 The city of Vianden is located in the northeast of Luxembourg directly on the border with Germany. The almost one thousand year olds are particularly worth seeing hereVianden Castle and the associated mansion, both of which have been restored and can be viewed by visitors. But the Trinitarian Church and the Sodality Chapel not far away are also worth a visit. If you visit the place in August, then you definitely have to visit it every year Medieval Festival visit or feast on the Viander nut market in October.

Insider tip: If you drive almost 7 kilometers further north, you will come to the little village of Stolzemburg. As inconspicuous as the village may seem, not far away is a huge, 500-year-old copper mine that takes you on 12 floors to a depth of 170 meters. 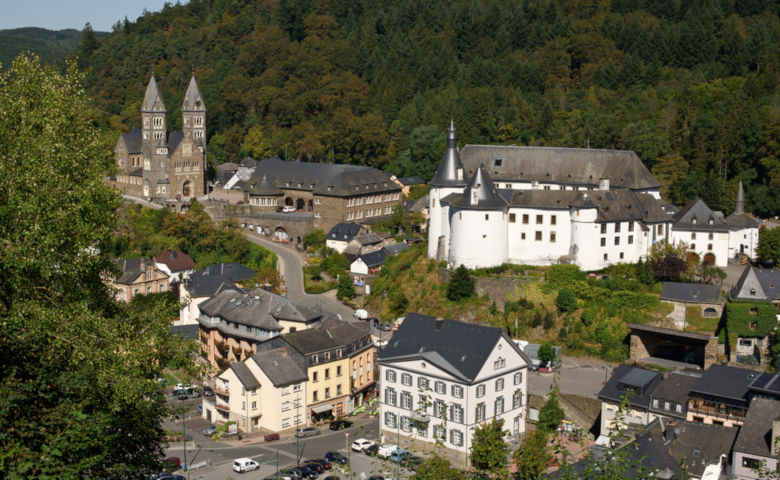 "The Family of Man" is one Edward Steichen photo exhibition from the 1950s, originally on display in New York. But since 1966 it can be admired in the north of Luxembourg. More precisely in the castle of the small town of Clervaux. The themes of the exhibition are of various kinds and are based primarily on topics from everyday life. Since 2003, this cultural asset has also been a UNESCO World Heritage Site and an absolute one Must-see in Luxembourg. Other attractions in Clervaux include a war museum dealing with the Battle of the Bulge and somemedieval churches and chapels.

Tip: Edward-Steichen has put together a second collection “The9 Bitter Years 1935-1941”. This can be seen in the city of Dudelange in a former water tower. Subject of Picture collection is theGreat Depression and rural America of that time.

If you are in Luxembourg between mid-August and early September, you have to go to the Schobermesse (lux. Schueberfouer) have been on the glacis. These big fair in the middle of the city is one of the largest of its kind in Europe and a real one Folk festival. The first recorded Schueberfouer took place in 1340 and has since become one of the top attractions in Luxembourg. As one of Luxembourg's biggest events Even today, the "Fouer" inspires many people from home and abroad. The Fair is traditionally opened by a music group and a flock of sheep roaming the streets of the city. He's one of the great Attractions in Luxembourg for children and adults alike.

Tip: An unwritten rule of the Schueberfouer is to stop at the entrance, directly at the first stand, at the green game (gréngt Spill). This is not one of the many fairground attractions, but a beer stand. Bottom up!

If we could whet your appetite for a holiday in Luxembourg, then take a look at our selection of holiday parks in Luxembourg.

To our holiday parks in Luxembourg

Schrijf ever in ontvang net than 600,000 other than the first de best hotel deals 3 keer per week in jouw inbox.