What are the basics of football game

The 7 most important foundations of a strong and successful team

A team is only successful if everyone involved pulls together. For this to work, patience is required. Because a team has to grow together in the long run and does not come about by itself. The following seven fundamentals are crucial here. 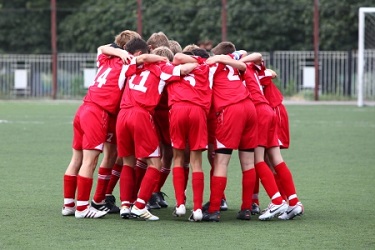 The seven most important foundations of a strong and successful team

Just like many other things in football, team building is associated with work. That means that a team doesn't just come about. Rather, a development process must be run through here. Ultimately, the group can only be successful if everyone involved works towards the same goal. As a rule, the football coach specifies this and aligns his training with it. Nevertheless, the players or at least the team council should also have a certain say.

Good organization is very important in a successful team. Every player needs to know what his job is. There are, for example, those actors who consciously prefer to act in the background and attract as little attention as possible. Others, on the other hand, like to be the center of attention and like to attract attention. In the professional field, Cristiano Ronaldo is the prime example of this. ´

The Portuguese is one of the best players in the world. But instead of enjoying it in peace, he celebrates each of his goals and likes to be the center of attention. This sets him apart from the other outstanding athlete of the time, Lionel Messi. The little Argentine is much more reserved, but at least as good.

In a well-functioning team, you will never hear the sentence: “I have nothing to do with that.” Rather, all players have to support each other. If a teammate plays a bad pass, his teammates have to iron it out again. If they just stopped and let the opponent run, they would damage the team. Each individual must feel responsible for the overall success. Only then can a team be successful.

All players are important here. Both the first team on the field and the substitutes. Anyway, that's the greatest art of keeping all actors happy. Especially those who play very rarely. The coach has to try to make it clear to them that they are also important. On the one hand, they are indispensable for the motivation of their colleagues outside the field and on the other hand, they can set new impulses after a substitution and thus possibly steer the game in the desired direction. 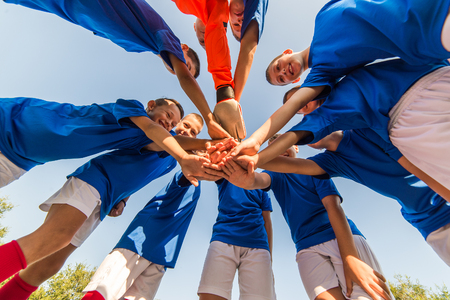 Youth team shows team spirit and motivation before the game.

One wheel meshes with the other in a well-functioning soccer team. But for this to work, the roles within the team must be clearly distributed. Each player on the pitch has specific tasks. The entire team can only be successful if he always fulfills these as best he can. This can mean, for example, that the players remain in the positions that the coach has assigned them. Because if they all walked around where they want to, they would open up gaps for their opponents. Here, too, the big picture and mutual success play a role. If an actor is placed in a position that he doesn't like to play in, he should still give everything and subordinate his own wishes to the team. This makes the latter more efficient as a whole.

In football, both opponents and, of course, teammates should always be respected. This can mean, for example, that a colleague will not be approached verbally or physically if he makes a mistake. It is better to motivate and build him up. Otherwise it could happen that he loses self-confidence and in the worst case no longer shows up for training.

After all, amateur football is in most cases nothing more than a hobby. The players do not receive any money for this and voluntarily appear on the pitch several times a week. It is therefore very important that there is a good atmosphere in the team. Every actor has to feel that they are in good hands and involved in the best possible way.

For example, mutual respect also includes punctuality. If several players were to appear too late for a game, that would also damage the team, as it would have to start outnumbered. So the team should always come first. If everyone involved understands this, they will treat their colleagues with the necessary respect on their own.

A successful team communicates honestly and a lot. In the game it is more like short, concise commands, but in training it can also be longer meetings. The coach should always interrupt his sessions if something is bothering him and explain to his actors how it can be improved. It is also important that the players are always honest with each other and discuss any problems directly and not behind the backs of their team-mates. Because this means that trust is lost once the blasphemy comes to light. Of course, this should be avoided by not speaking behind the back of a player in the first place. 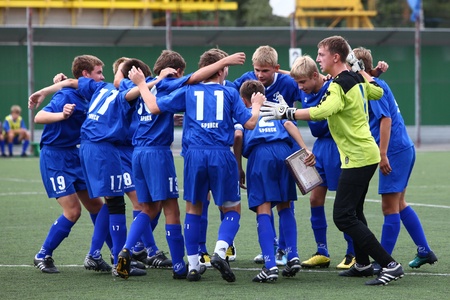 Strong team spirit leads to a confident and motivated team.

When a team has achieved their goals, they should take the time to celebrate their achievements. Because this is also how the team grows together. A celebration is also an ideal time to get to know colleagues from a completely different perspective and to talk about private topics. What sounds strange at first is really true. Celebrating a success is a kind of feedback on how the mood is in the team.

Basically, it is a good team building measure. The same also applies to the team trip at the end of each season. She welds together and swears the team for the next season. In most cases, the players are more motivated after such a trip together as well as after a simple party and are more aware of the team spirit.

A team doesn't just come about. Rather, it has to grow together over a longer period of time. The participants experience successes as well as failures together, whereby they grow together more and more into a unit. But that takes time. Still, the trainer can do certain things to encourage team building. Joint excursions and celebrations after success are very important. On and off the field, everyone involved must always communicate honestly and openly with one another. It is also very important that they know their place in the group and put the team above their own interests.

Would you like more information on the subject of “teams” and further tips for your soccer training? Then sign up for our newsletter!