5 kg for 35,000 euros: The super light and most expensive bike in the world

It's 95 percent carbon. It weighs less than five kilograms. And with a base price of 35,000 euros, the PG Bugatti Bike is the most expensive bike in the world. The bike was presented at the Geneva Motor Show, the Bugatti bike is built by hand in a small factory in Regensburg. 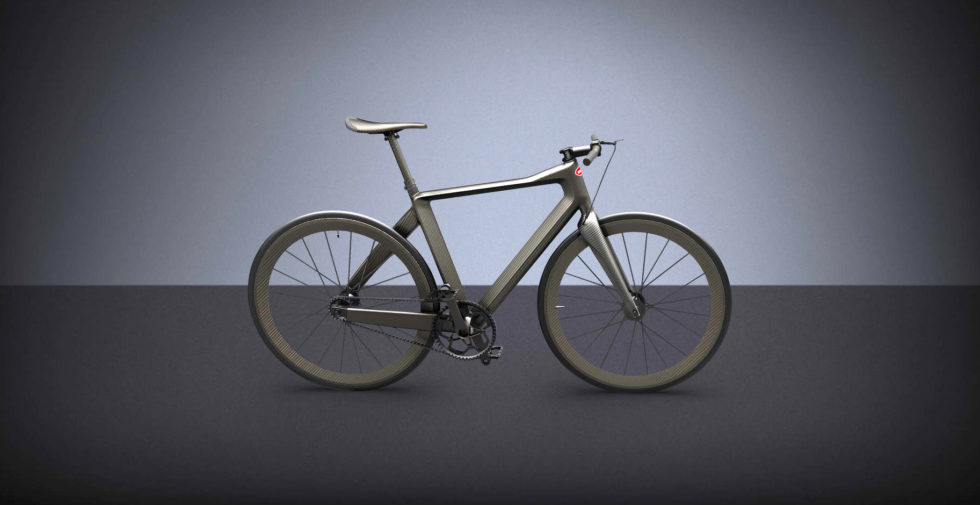 The PG Bugatti Bike is the most expensive and at the same time "lightest urban bike in the world", according to the manufacturer. The first celebrities like Lady Gaga and actor Christoph Waltz have already ordered one.

"We had the vision to build the ultimate bike into the ultimate automobile - ultimate in design, workmanship and performance," says Manuel Ostner, founder and managing director of PG Bikes. "We are therefore very pleased that Bugatti is supporting this vision, and we are proud to be able to use the name of this extraordinary brand for our product."

But Bugatti is also very satisfied with the Bavarian manufacture, which is only known to insiders. "We liked PG's idea of ​​building a bicycle in the spirit of our founder Ettore Bugatti, who once designed a bicycle himself," says Achim Anscheidt, Design Director at Bugatti. "The claim to develop a high-tech product from the most modern and high-quality lightweight materials, which should also carry our brand DNA, convinced us to design the bike with PG and to propose formal ideas." 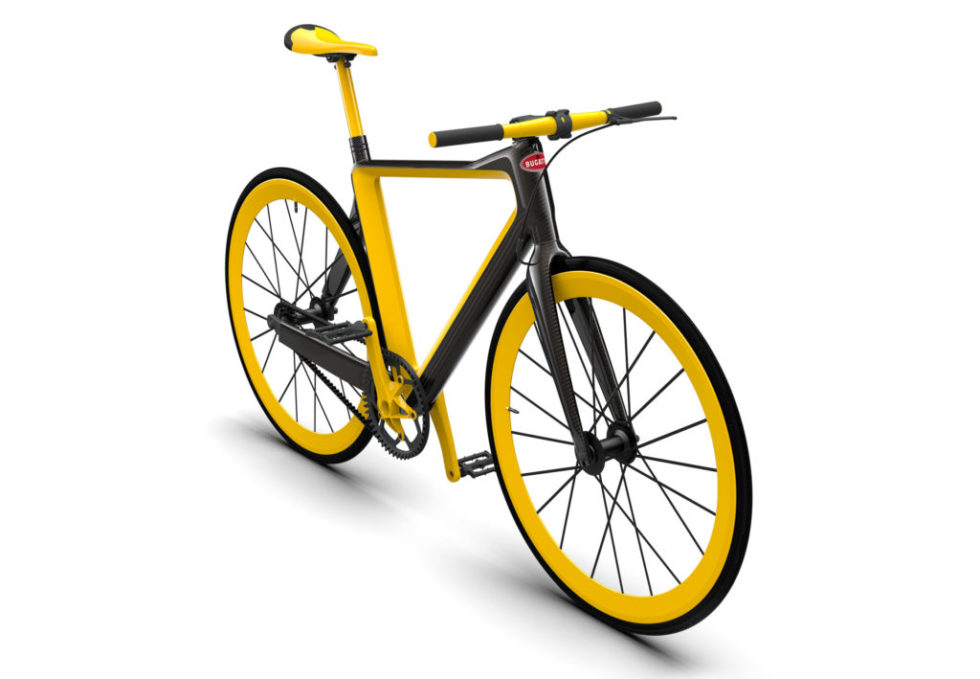 That is why Etienne Salomé's Bugatti design team based the design of the PG Bugatti bike on a bicycle design by the legendary Ettore Bugatti from 1903.

Every noble bike takes between 800 and 1200 hours of work, depending on the individualization. For example, the frame of the bike can be selected in eight different Bugatti-typical colors. "This way, Bugatti customers can adapt their bikes to their super sports cars in terms of style," says PG boss Manuel Ostner, explaining the idea. With a two-tone paintwork, which also lets the noble carbon material of the bike shimmer through, the base price rises from 35,000 euros to 80,000 euros, reports Edison magazine. 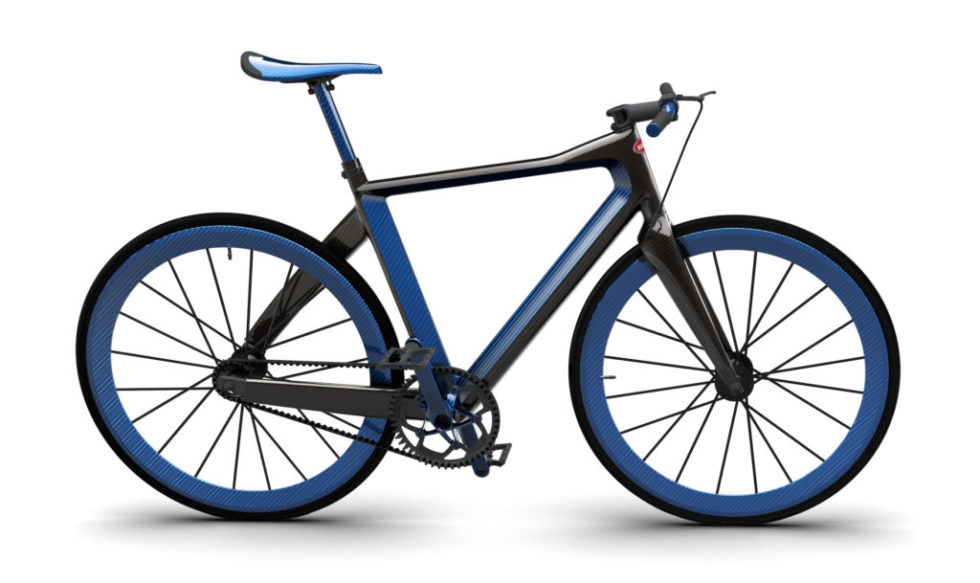 Almost everything on the PG Bugatti Bike is made of carbon: the frame, rims, handlebars, cranks, saddle, seat post and even the brakes are made of the high-tech material. This means that the luxury bike weighs less than 5 kg. 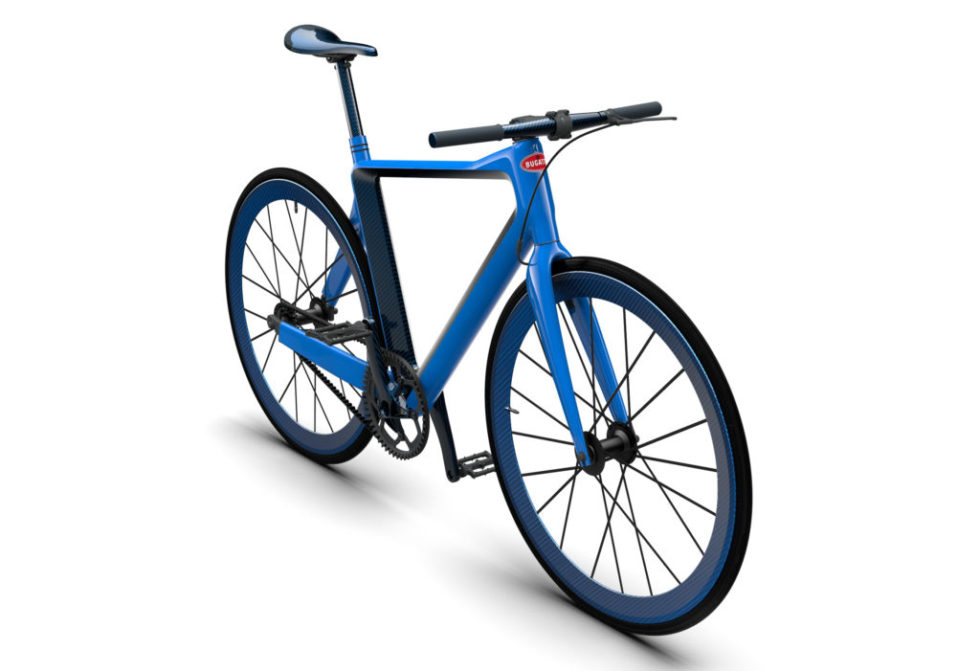 The paint can be selected in eight color variants to match the Bugatti with four wheels. 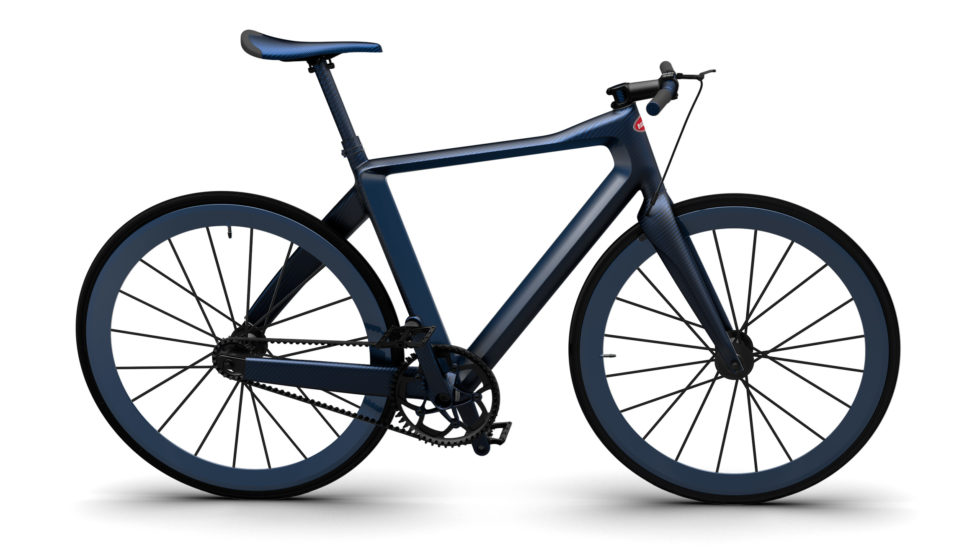 The PG Bugatti Bike is made of 95 percent carbon. 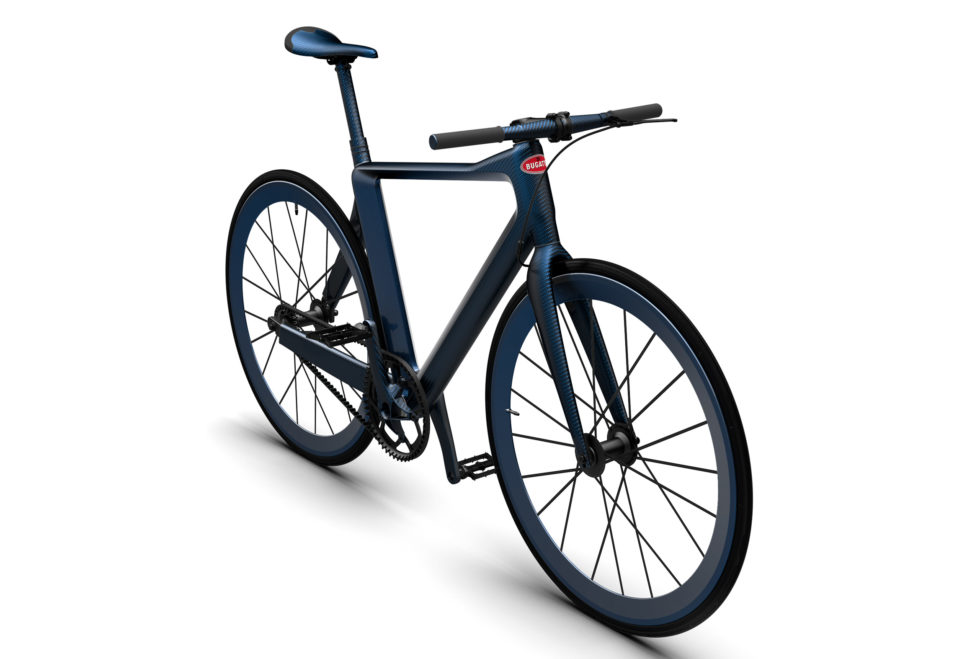 The handlebars of the PG Bugatti bike are fitted with shock absorbers, which significantly improves comfort at high speeds.

The Regensburg bicycle manufacturer relies on the most modern materials for the PG Bugatti Bike. The noble bike consists of 95 percent of the highest quality carbon available on the market. The frame, the fork, the handlebars, the rims, the hubs, the saddle, the seat post, and even the brakes and pedals are all made of carbon fiber.

This consistent use of carbon and technical refinements such as the construction of the frame without a second chain stay and with only one brake reduce the weight: The PG Bugatti bike weighs less than 5 kilograms and is therefore also one of the lightest bicycles in the world.

The PG Bugatti Bike is equipped with high-quality lightweight round course wheels that are manufactured in Friedrichshafen. The total weight of the wheels of 1175 grams is divided between 555 grams at the front and 620 grams at the rear and has a system load capacity of 120 kilograms.

All frame cross-sections are oversized to ensure maximum rigidity and have been optimized for the aerodynamic requirements of high speeds. Bugatti thinking. The handlebars are equipped with shock absorbers to significantly improve comfort at high speeds. The Bugatti bike can come up with a single-speed belt drive made of - what else - carbon.

Frame is made in Italy

"All parts are manufactured and processed in Germany," claims PG Bikes on its website. That's not really true. The frame, which is not entirely unimportant for a bicycle, is manufactured by the carbon specialist Merelli based in Onore in the Italian province of Bergamo.

Otherwise, however, Manuel Ostner is great at marketing. So only exactly 667 copies of the Bugatti bike are made, an artificial shortage as an advertisement.

Some very wealthy celebrities have already reacted and ordered the most expensive bike in the world. Including the musician Lady Gaga and the actors Christoph Waltz and Orlando Bloom. PG Bikes confirmed this to Edison magazine.

If you like extravagant bikes, then we have the Ono Bike for you. A very unusual bike. 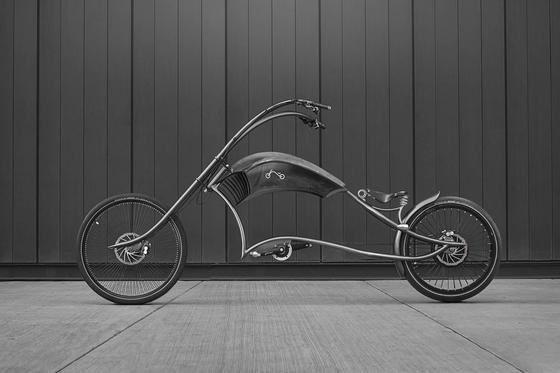 The ARCHONT electro model from Ono Bikes - unique and extraordinary in design. Each piece is handmade by the Serbian manufacturer.