What happened after Japan surrendered in World War II

In the minds of many Europeans, the Second World War ended on May 8, 1945 with the unconditional surrender of Hitler's Germany. However, this rather Eurocentric view fails to recognize that the criminal war triggered by Hitler only became a world war through Pearl Harbor and the struggle of Japan and the USA for supremacy in the Asia-Pacific region. 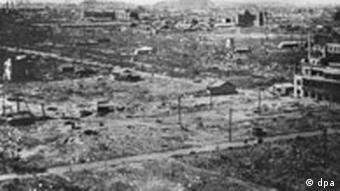 That destroyed Hiroshima after the bomb was dropped. The first atomic bomb was dropped on the Japanese city on August 6, 1945. The bomb reduced the city to rubble and killed an estimated 140,000 people.

It was not until Monday (August 15, 2005), 60 years ago, that the guns finally fell silent - after Emperor Hirohito announced the surrender of Japan, which had already been defeated by the military, after the atomic bombs were dropped on Hiroshima and Nagasaki. The consequence of the world war with tens of millions of deaths should have been a lasting world peace order, but a short time later the germ was laid for new conflicts that claimed millions more lives.

On August 15, 1945, what hardliners within the Japanese army had initiated with the invasion of Manchuria in 1931 ended: Japan's attempt to achieve supremacy in Asia. Bleeding to death and deeply afraid that Japan might come under communist rule as a result of the Soviet Union's entry into the war, which had been agreed with the Western powers, the Empire capitulated. 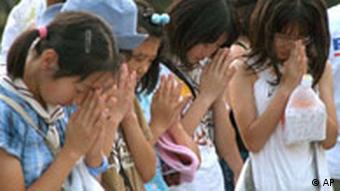 It is therefore a myth that it was only when the atomic bombs were dropped on Hiroshima and Nagasaki that the empire was brought to its knees. 210,000 people were wiped out by the bombs with the harmless-sounding names "Little Boy" and "Fat Man" - but the hardliners of the Japanese military leadership would certainly have burned women and children in a senseless final battle without the order of the Tenno.

The end of August 15, 1945 marks the end of a war in the Far East that was only partially fought over moral values. The picture of the struggle between a democratic West and the expansionist oriental despotism of Japan is incorrect. Sure: Japan was an aggressive power that wanted to appropriate the raw materials of Asia and achieve supremacy in Asia. But the Kaiserreich initially behaved as a "belated imperialist" nation not significantly different from its later war opponents.

When Japan came on the scene, the western colonial powers - Great Britain, France, Holland, Portugal and the USA - had long since divided Asia among themselves: India, Indochina, Indonesia and parts of China were controlled by them. At the end of the 19th century, the United States annexed the Kingdom of Hawaii and took the Philippines from Spain. That is why the argument put forward by nationalist forces in Japan to this day that the country, which is poor in natural resources only wanted to fight for its "place in the sun" in Asia, cannot be completely dismissed.

However, the collapse of Japan has hardly brought any lessons for a more just world and a global peace order. As serious historians have shown, the atomic bombs on Hiroshima and Nagasaki were already a threat to the Soviet Union at the beginning of the Cold War. They triggered the atomic race that led to the "balance of horror" and yet probably more than once brought mankind to the brink of a nuclear exchange.

Errors of the Western Powers

The western colonial powers were incorrigible. Instead of correctly interpreting the initial enthusiasm with which the Japanese troops were initially greeted on their triumphal march in Southeast Asia, the Western powers ignored the region's declarations of independence and thus provoked bloody wars of liberation with millions dead.

At the end of the Second World War in Asia, the implementation of the right of self-determination of the peoples could have stood. But the spirit of Bandung, which already existed in 1945 - the turning away from colonialism and a third way between the blocks in the Cold War - did not prevail. The two great winners of 1945 - the USA and the Soviet Union - blocked it together.