It was a good thing to ban Triple Talaq 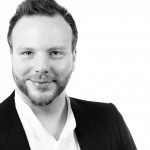 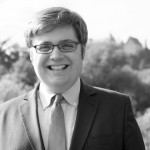 In future, Muslim women in Tunisia will also be able to marry non-Muslims. With this report, exciting domestic political developments in the heartland of the “Arab Spring” made it into the German media in mid-September, which are otherwise hardly noticed in this country. This little revolution in Tunisian family law shows two things: First, how far the Islamic family law is from Western legal traditions. Second, that an emancipation of Muslim states from the controversial traditions of Islamic law is entirely possible.

The religious and ideological neutral state of western character with its secular legal system has now become alien to the earlier prohibition of marriage due to religious differences.

In the Islamic world, on the other hand, law is still often legitimized religiously, with different manifestations ranging from orientation to traditional schools of law (madhahib) to reinterpretations in the context of modernity. Above all, Islamic inheritance and family law is received in most of the predominantly Muslim countries. This includes the prohibition derived from the Koran (Sura 60:10) that a Muslim woman should marry a non-Muslim. In this case, the only way out of marriage is often the non-Muslim man's conversion to Islam, confirmed in writing. Conversely, there is broad consensus among Muslim legal scholars that Muslim men are allowed to marry Jews and Christians (cf. sura 5: 5). The ban on Muslims from marrying a non-Muslim is part of a series of open discrimination against women under Islamic family law. Probably the best-known unequal treatment of men and women is that a man may marry several women, but never a woman marry several men - even if polygamy is not common in Islamic countries. For Islamic practice, it is very important that the man - without legal proceedings - can divorce his wife by way of a private divorce (talaq), while the wife has to force a divorce in court. In addition, women are placed worse off in Islamic inheritance law than male descendants.

The unequal treatment of men and women with regard to the possibility of marrying a non-Muslim is also related to the expectation in Islamic legal circles that the children will be brought up in the religion of the man. The Islamic mission is to be carried out by ensuring that children of permitted Islamic marriages can only be Muslims. With the strategy of winning over the religion of the children in marriages of different religions, Islam is not alone: ​​Catholic marriage law places marriages of different denominations subject to a special reservation of permission (c. 1124 CIC). To this day it is customary that such permission is only given if the engaged couple promise to bring up the children in a Catholic way.

In contrast, a secular legal system ensures freedom of marriage and freedom of religion. As the “home of all citizens” (BVerfGE 19, 206 [216]), the state provides secular civil law for all areas of civil life, regardless of religious requirements. With the marriage law reform, this understanding has now also established itself in Tunisia.

Triumph of the civil state in Tunisia

In December 2010, the so-called “Arab Spring” emanated from Tunisia. This catchphrase does not adequately reflect the profound shifts in political, legal, social and economic orders that broke out in the protest movements in almost all Arab countries at the end of 2010 and 2011. In most of these countries, the results so far have been sobering or even terrifying. Either little has changed (e.g. Algeria, Morocco), or the countries are experiencing re-authoritarianism (e.g. Egypt) or have sunk into civil war chaos (e.g. Libya, Syria).

In Tunisia, on the other hand, a remarkable process of democratization has been set in motion, which is increasingly making a more participatory social model possible. After a three-year constitutional process, a new, democratically legitimized and secular constitutional system was established in January 2014. Within the Tunisian constitution (TV) there are only very few references to Islam (here the French or German version): The preamble emphasizes the importance of Islam for the Tunisian people; Art. 1 TV declares Islam to be the religion of Tunisia and Art. 74 para. 1 TV provides that only Muslims can apply for the office of President. But what is decisive is what is happening Not found in the constitution: Thus any reference to Islamic law (sharia) is dispensed with in the Tunisian constitution. Furthermore, in Tunisia, unlike in other Islamic states such as Iran or Egypt, there is no body that checks state laws for their conformity with Islam. Instead, freedom of religion is protected by the constitution in Tunisia (Art. 6 TV). In contrast to the Cairo Declaration of Human Rights in Islam, for example, the fundamental rights of the Tunisian constitution are right now Not subject to an interpretation that conforms to Islam. The Tunisian constitution also establishes a constitutional court, which can also decide on the constitutionality of laws on the basis of a judge's submission (Art. 120, Paragraph 1, No. 4 TV). In Tunisia, especially when it comes to questions of civil life, it is not a final decision made by religion, but a final decision made by the state, which is bound by fundamental rights, that is institutionally safeguarded.

Domestic political background to the reform

The fact that Tunisians were not allowed to marry Muslims was not regulated by law, but was based on an administrative regulation (circulaire no 216 of November 5, 1973, overview of the previous legal situation), which was repealed after 44 years. This was preceded by civil society protests against the marriage ban. Again and again it was argued that this restriction is obviously unconstitutional and violates the principle of equality (Art. 21 TV) and freedom of religion (Art. 6 TV). Finally, the marriage reform took off with a speech by the current President Béji Caïd Essebsi in August 2017 on the occasion of the celebrations for the national holiday “Women's and Family Day”. This contained two historical demands regarding Tunisian family law: In addition to the marriage reform, the president appealed for a reform of the Tunisian inheritance law. In the meantime, a parliamentary commission has been commissioned to work out a new legislative proposal. The required absolute majority in the Tunisian parliament is, however, not (yet) foreseeable.

The marriage reform and the planned inheritance reform are part of a larger debate about basic identity issues in the small North African country. This debate extends beyond Tunisia's government elite into Tunisian society as a whole. Her core topic is the tension between religious traditions on the one hand and progressiveness in women's rights and gender equality on the other. However, “marriage for everyone - in Tunisian” does not mean any equality for homosexual couples. This is still subject to a - religiously and culturally based - public taboo in the Tunisian majority society.

With his move, President Essebsi is cultivating his image as a modernizer of Tunisia, especially with regard to state-guaranteed women's rights. In doing so, he emulates the political orientation of the first Tunisian President Habib Bourguiba (1957-1987). Under Bourguiba, Tunisian women had achieved a degree of freedom and equality that was unknown in the Islamic countries at the time of Tunisia's independence in 1956. With a catalog of rights in the “Code du Statut Personnel” (CSP), Bourguiba created the most modern family law in the Arab world at the time: prohibition of polygamy, legalization of divorces, obligation that both sides consent to the wedding, setting the minimum age at marriage to 17 years and modifications in inheritance law. President Essebsi tries to distinguish himself as the mouthpiece of the secularized modernization elite and to distance himself from the Ennahda party. The latter has the largest mass base in Tunisia and represents the Islamic-conservative bourgeoisie. The debate thus kicked off the election campaign for the local elections originally planned for December 2017, but now postponed to March 2018.

All in all, the current marriage reform makes it clear once again that Tunisia is fulfilling its pioneering role among the Islamic states for state-guaranteed women's rights. It would therefore be a misperception to reduce Tunisia in the public discourse in this country to a country of origin for refugees - incidentally not numerically significant: Rather, the focus of our attention should be on the progressiveness of the small North African country, which is gradually succeeding in breaking encrusted legal structures . The Tunisian marriage reform contributes to the consolidation between religion and constitutional principles in Tunisia. This development deserves our attention and our respect!