Researchers at the University of Portsmouth examined around 100,000 different microorganisms, and finally found what they were looking for in a pile of leaves. The mutated bacterial enzyme now presented in the specialist magazine "Nature" breaks down polyethylene terephthalate (PET) into its components within a few hours. After ten hours, the mutated enzyme had broken down 90 percent of a ton of old plastic bottles into their components.

Solution to the global garbage problem?

Hopes are high that microorganisms will be able to solve our plastic problem in the near future. Because so far, effective plastic recycling is just a myth. Around 359 million tons of plastics are produced worldwide every year, of which an estimated 150-200 million tons end up in landfills or in the environment.

At almost 70 million tons, polyethylene terephthalate (PET) is the most widely used polyester plastic. In its purest form, PET is used in the food industry, for example for the production of drinking bottles, foils and food packaging. Textile fibers are also made from the tear-resistant, weather-resistant and wrinkle-free polyester. 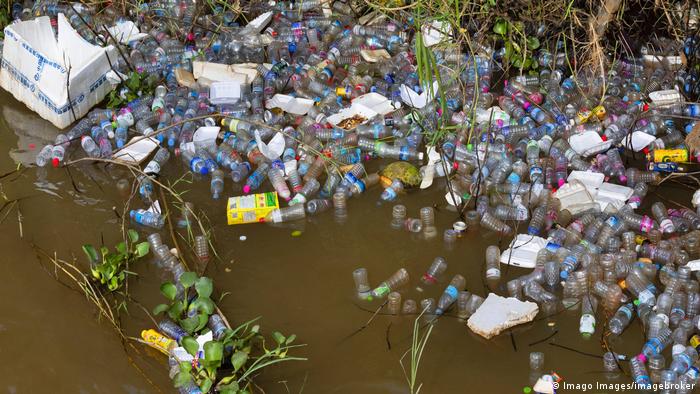 However, PET cannot really be recycled, it can only be downcycled. During the thermomechanical process, the material loses many of its properties and it can only be used for inferior products such as fleece or carpets.

Japanese researchers from the Kyoto Institute of Technology discovered in 2016 that certain enzymes can break down plastics. When examining the wastewater, sediments and active sludge in a recycling plant for PET bottles, they discovered the bacterium Ideonella sakaisensis 201-F6.

However, since this natural decomposition process takes longer than a year, scientists from the University of Portsmouth and the Renewable Energy Laboratory of the US Department of Energy continued their research and, rather by chance, created a novel enzyme that breaks down PET much faster. The results were published in 2018 in the journal "Proceedings of the American Academy of Sciences" (PNAS).

It has long been known that certain fungi can decompose not only PET but also polyurethane (PU). Millions of tons of this plastic are also produced annually, which is mostly used as flexible foam. The industry processes it into foam insulation or kitchen sponges, for example. PU is also found in diapers or as rigid foam, e.g. in sports shoes. Most of the time, polyurethane is disposed of in landfills or incinerated because the material is too tough to recycle. 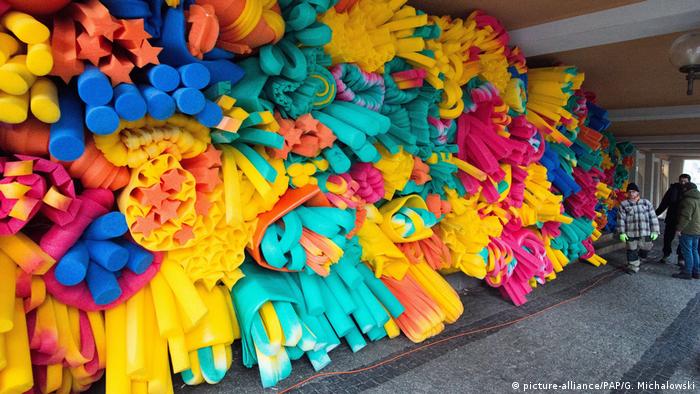 The tough polyurethane is mostly disposed of in landfills or incinerated

When polyurethane degrades, toxic and carcinogenic chemicals can be released that would kill most bacteria as well. But the bacterium found in a landfill and presented in March by the Helmholtz Center for Environmental Research (UFZ) in Leipzig does not matter. It comes from the strain of Pseudomonas bacteria, which can survive even in harsh conditions such as high temperatures and acidic environments.

It is true that bacteria can be made usable for industrial use much more easily than fungi, but according to Hermann Heipieper from the Helmholtz research team, it could still be ten years before the bacterium can be used on a large scale. In the meantime, it is important to reduce the use of plastic that is difficult to recycle and to reduce the amount of plastic in the environment, said Heipieper.

Not only the environment, but also the French company Carbios, which has been working intensively and on a large scale with the decomposition of PET by means of enzymes and which has also financed this enzyme development, could benefit greatly from the newly introduced enzyme.

Carbios wants to bring the new recycling process onto the market on an industrial scale within five years. It could be worth it, because the cost of the enzyme is only four percent of the cost of the crude oil required to produce a comparable amount of new plastic bottles.

The PET bottles still have to be shredded and heated, but the new process is still profitable, said Carbios' deputy managing director Martin Stephan. To ensure that enzyme development accelerates quickly, Carbios receives financial support from large corporations such as Pepsi and L'Oréal.