Modern football system including a back four

In the 1980s, the back four became more and more popular as a tactical football system, which meant that the 3-5-2 was superseded. In 4-4-2 you always play with four defenders, four midfielders and two forwards. The heart of this is the line of defense. 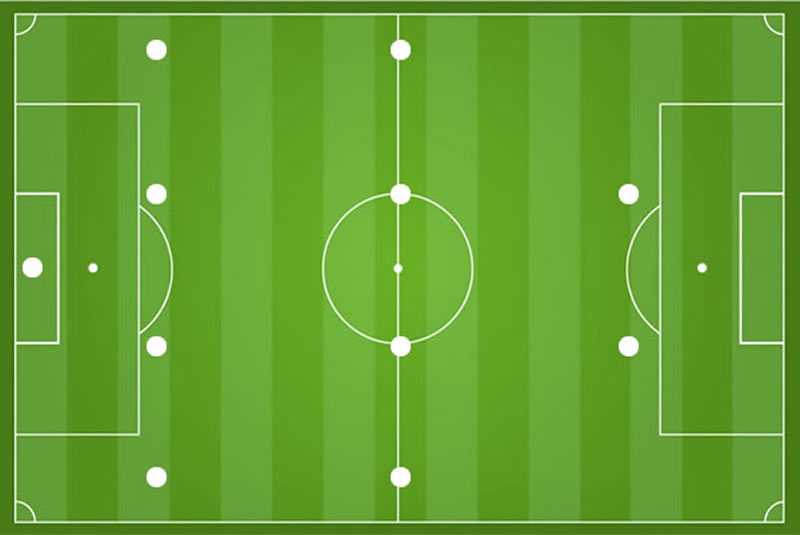 The system is very compact, but also offers many tactical variants and includes:

The goalkeeper is never mentioned in the names, because it should actually be 1-4-4-2, but the fact that the goalkeeper is used is not an issue, it is a matter of course.

The first four stands for four defenders, which are divided into two full-backs and two center-backs. The tasks are very different. One of the central defenders is the head of defense, as was the Libero in the 3-5-2. He has to get along well with the second central defender and be able to communicate blindly and also pay attention to the full-backs in order to be able to set up the offside trap.

The full-backs, in turn, represent the defense for the opponent's wing attacks, but at the same time they can also advance into the attack, which gives the team a preponderance on the offensive. The risk is of course that you run into a counterattack and the defender is missing in the defense.

The second foursome represents four midfielders. These are usually used like a diamond, i.e. an offensive, central player for building up the game and long shots, a defensive midfielder behind to reinforce the defensive and two players in the outer positions.

Two real strikers are used in the attack, as has already been done with the 3-5-2. But that is not the case that often anymore, which is why you prefer to play with 4-4-1-1, i.e. a hanging tip and a real penalty striker who is supposed to score the goals.

The 4-4-2 is the classic system of modern football. Many other variants such as the 4-1-4-1 or 4-4-1-1 and similar tactical options show that it does not always bring the desired solution.