Which countries have banned tobacco completely?

Fumed: Germany before a comprehensive ban on tobacco advertising

The Stetson hat pulled over his forehead, the cigarette butt in the corner of his mouth and the expanse of the prairie in front of him: the Marlboro cowboy, who used to be ubiquitous, has long ridden into his sunset. The cigarette brand had to retire the advertising icon years ago because it contradicted the zeitgeist and one of its actors became ill with cancer. Since then, the end of the Marlboro macho man has symbolized the decline of an entire industry. The connection between tobacco smoke and health risks could no longer simply be swept under the carpet like annoying ashes.

Now the tobacco lobby has to digest another defeat in the showdown with government agencies and health organizations. After years of debates, the parliamentary group of Angela Merkel's CDU and its sister party CSU in the Bundestag came up with an extensive ban on tobacco advertising. "We will manage that too," said Angela Merkel afterwards, alluding to her controversial statement on refugee policy. 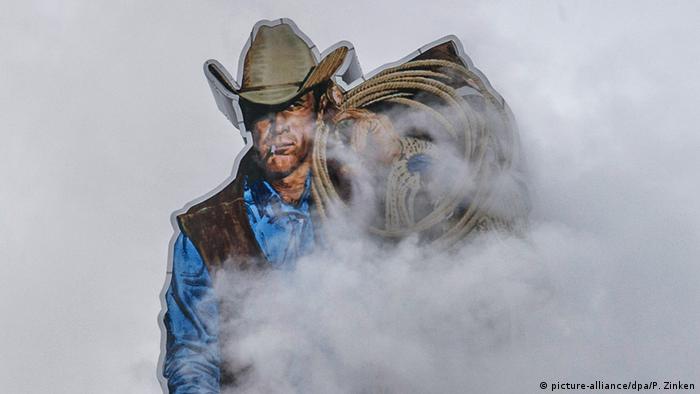 In 2015, thick smoke enveloped the advertising figure of the Marlboro man in Berlin - but the smoke came from an adjacent chimney

The Chancellor surprised with her clear commitment to a ban on tobacco advertising. Because so far the conservatives lacked the political will for such a concept. In the last legislative period, the Union parliamentary group prevented a tightening that had previously been approved by the federal cabinet.

Minus business for the state and smokers

That is why the tobacco industry in Germany is the last EU country to still advertise its products on cinema screens, posters and advertising pillars. Now a crucial hurdle has been cleared to ban them. The change of course of the Union parliamentary group is probably also motivated by the fact that the income from the tobacco tax of 14 billion euros per year is offset by the additional costs of 78 billion euros due to smoking.

A clear negative business for the state with a partially fatal outcome for cancer patients. A key issues paper of the Union for a future law emphasizes that tobacco consumption is one of the greatest health risks. In the paper, the Union parliamentary group cites information from the German Cancer Research Center, according to which 121,000 people die every year as a result of smoking.

Skepticism about the step-by-step plan

"The plans are going in the right direction. This is also overdue because we are now the last country in the EU to allow outdoor advertising and cinema spots," says Reiner Hanewinkel, head of the Institute for Therapy and Health Research in Kiel DW conversation. In view of the proven harmfulness of smoking, however, the addiction researcher asks why tobacco advertising is not completely banned. He expresses himself dissatisfied above all about the running times, which do not envisage an end to "advertising for all nicotine products until 2024 - that is, in a good four years." That is incomprehensible and "does not correspond to the demands of the health sciences, which would have wanted it now, immediately and immediately." 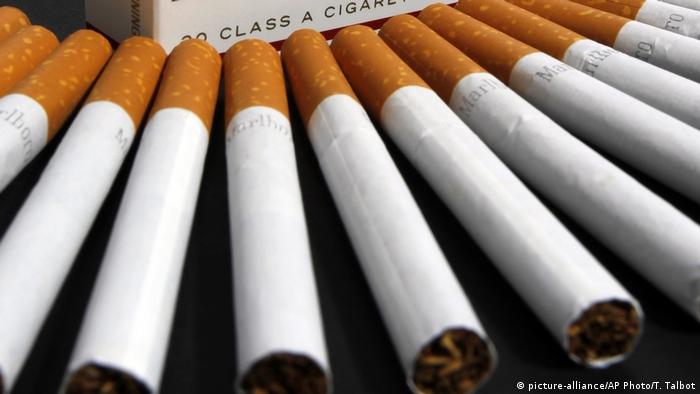 The harmless white of the cigarette paper belies its dangerous content

The CDU and CSU members of the Bundestag could be accused of having agreed on a decided "later": poster advertising for classic tobacco products is to be banned from January 1, 2022, and that for tobacco heaters from 2023. E-cigarettes will be banned in 2024. After all: From January 1, 2021, there should no longer be cinema advertising for all films that are accessible to young people under the age of 18. Radio and television advertising has long been banned in Germany

The far-reaching power of the tobacco lobby

The fact that the state anger in Germany against the disease-causing smoke has not yet blazed, but rather resembled a glow, is due to the equally massive and successful lobbying work of the tobacco industry. Large trials in US courts in the 1990s had shown this very well. The lawsuits had been settled in the individual states through large payments. In these proceedings it was also purely negotiated that "the industry discloses its internal documents. And that is many thousands of pages, all of which are now all scanned in and can be viewed on the Internet," explains addiction researcher Hanewinkel. 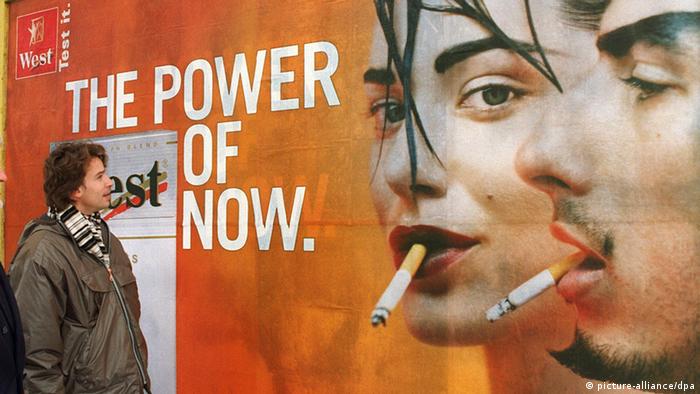 If you enter Germany or German politics in these documents, "you see that the arm of industry was very, very long and the tobacco lobby has obviously successfully influenced science, but also politics in Germany in its favor." Projects that had a negative impact on tobacco sales were prevented by the nicotine representatives. The question arises as to why the tobacco lobby in Germany has managed to do this longer than in other European countries.

According to Reiner Hanewinkel, one reason for this can be found in the darkest chapter of German history: During National Socialism under dictator Adolf Hitler. Germany was once a leader in health research and prevention. The breast cancer screening examination - a German development. "Then came the Third Reich with its peculiar definition of what is healthy - that is, racially healthy, Aryan healthy," explains the head of the Institute for Therapy and Health Research in Kiel.

After this time, the Germans had developed the attitude that "they no longer want the state to regulate their health". This is one of the reasons why there have recently been discussions about mandatory measles vaccinations. "We are a country that is reluctant to be regulated by the state and says we will just do it that way," says Hanewinkel.