What happened to the Allman Brothers Band

The Brothers: Celebrating 50 Years of The Allman Brothers Band show took place in New York's iconic Madison Square Garden just before the city announced a lockdown to stop the spread of Covid-19. 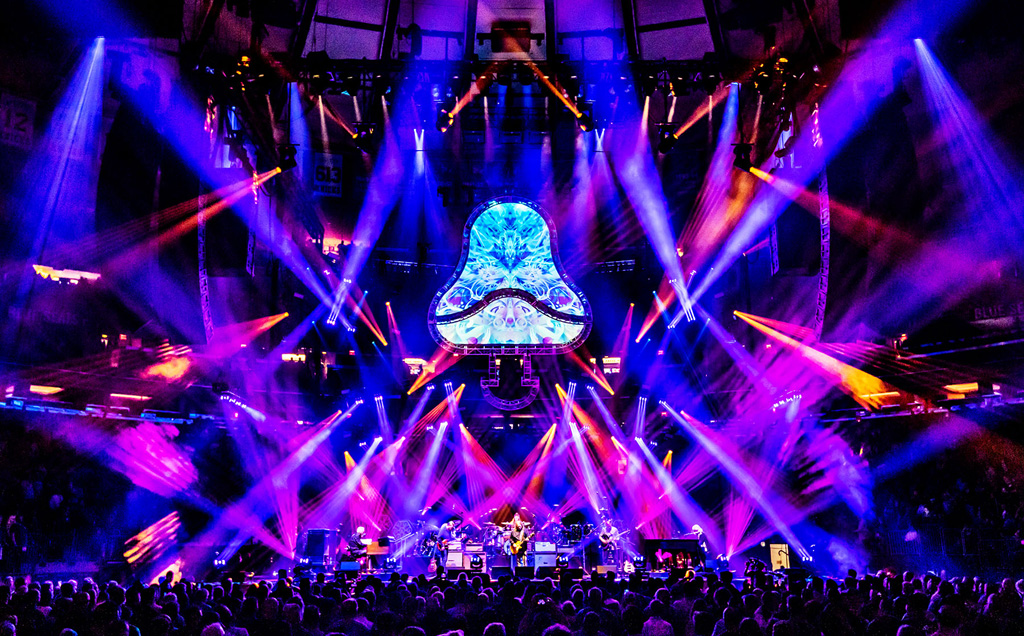 Lighting designer Chris Ragan used over 100 Robe spotlights in his dynamic design for the 4-hour performance designed to entertain fans of the Allman Brothers and Allman Brothers Band of all backgrounds and ages. The cult status of the brothers and their mix of blues, jazz and country with their own rock sound result in a relevance of their music and their influence even after their first successful times in the 1970s.

Chris has many connections with various current members of the Allman Brothers Band who have been customers of BML-Blackbird lighting rental company for 30 years.
Robe used 44 x Spiider LED Wash Beams, 20 x BMFL Spots, 26 x Mega Pointes and 12x Pixel PATTs, all of which were provided by BML-Blackbird.

During the design phase of production, a 360 ° format was chosen, so Chris knew exactly how to plan the lines of sight. 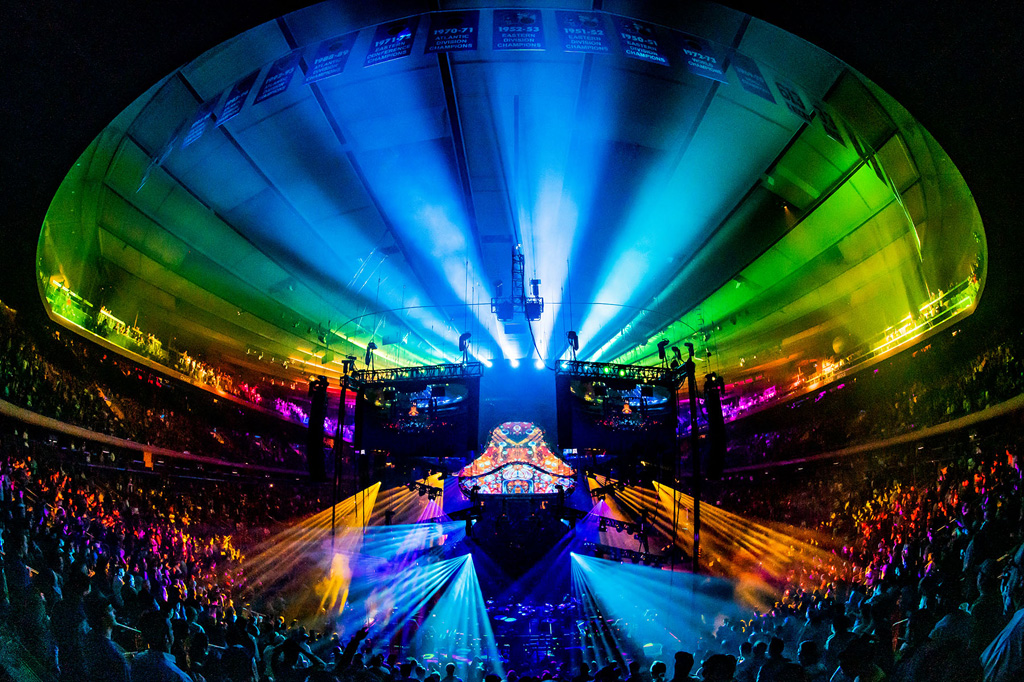 The Allman Brothers were known for their fluid light show in the 1970s, "that's why we all wanted to put that look and style into this show," explains Chris. He adds that adding a video element without blocking lines of sight was particularly challenging.

The creative process started on a napkin during a flight on the way to meeting the Madison Square Garden management team to tour the location.

Chris drew a "big mushroom" that should hang over the band and the stage, creating a projection surface that is surrounded by light. The mushroom was initially used by the Allmans as a psychedelic logo that was to outlast the band's history and various line-ups.
A photo of the napkin was sent to the LX Crew Chief, Mike Deitz, and when the plane landed, the idea of ​​the "Trusshroom" was born. 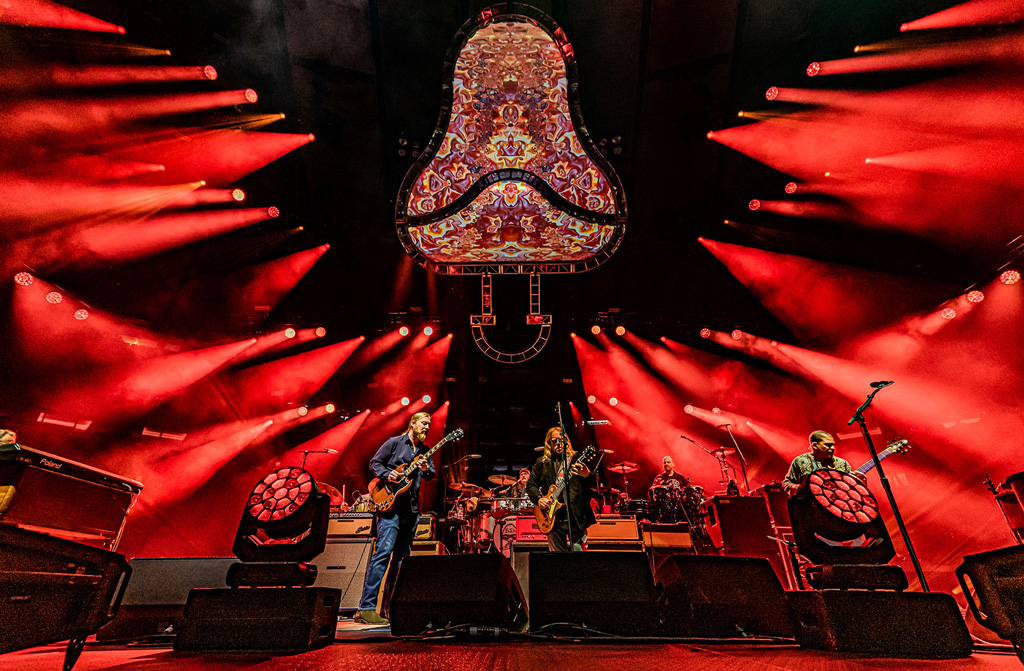 The 6m x 9m mushroom was built with the help of several 12 ‘truss circles and, when set up, offered several projection surfaces. Mike, the engineering mastermind behind this project, is described by Chris as the “Swiss Army Knife of the Lighting Industry”.

An LED wall was set up at each corner of the stage to display video content for the show, which was created especially for the show by Jonathan Singer, Marco Ferrero and Steve Pavlobsky. Adam Paul was IMAG / Camera / Stream Director.

The rest of the truss construction was planned in a relatively ordinary way, as the floor space was in short supply due to the large truss room. 4 HUD rigs with 6m were installed at the rear at the rear edge of the stage, four rigs with 5 m directly overhead above the stage and a 16m long truss at the front edge of the stage. 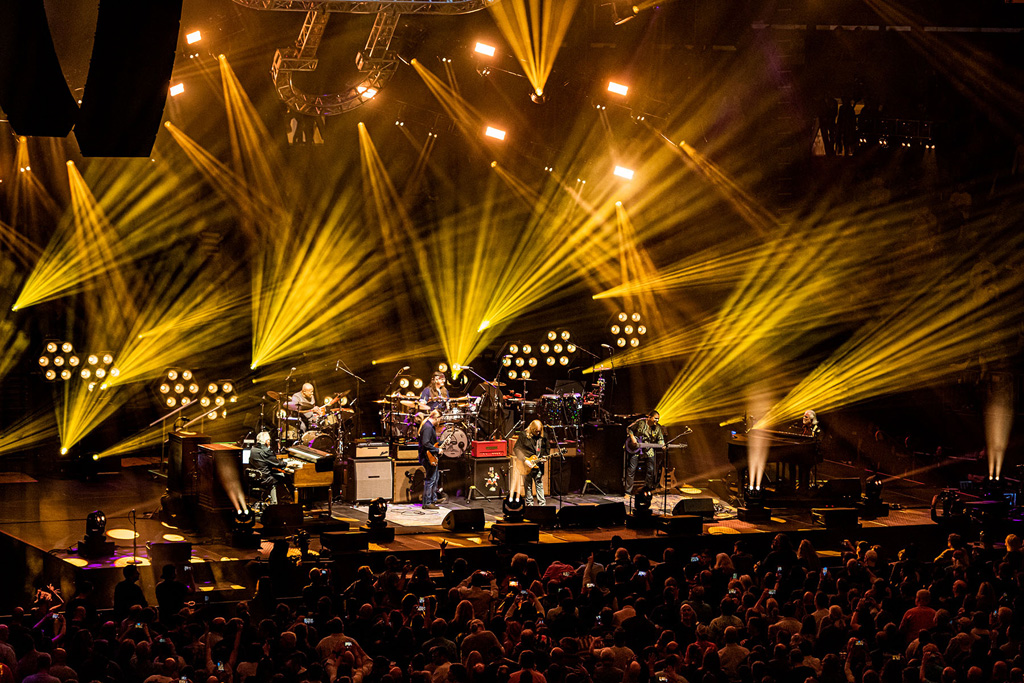 The BMFLs are Chris “go to” profile spotlights. “You have the power and brightness you need to illuminate an area like Madison Square Garden!” He clarifies.

He chose the Mega Pointe because of its speed and extensive properties that would be suitable for framing and the stage and cool prism effects.

The Spiiders and Pixel PATTS were primarily used as wash lights. The interplay of jazzy and dynamic pixel tricks created flower-like lighting effects on the audience.

"I love pixel masking, there are just so many combinations and looks with just one headlight and that helps me keep the show fresh," says Chris. 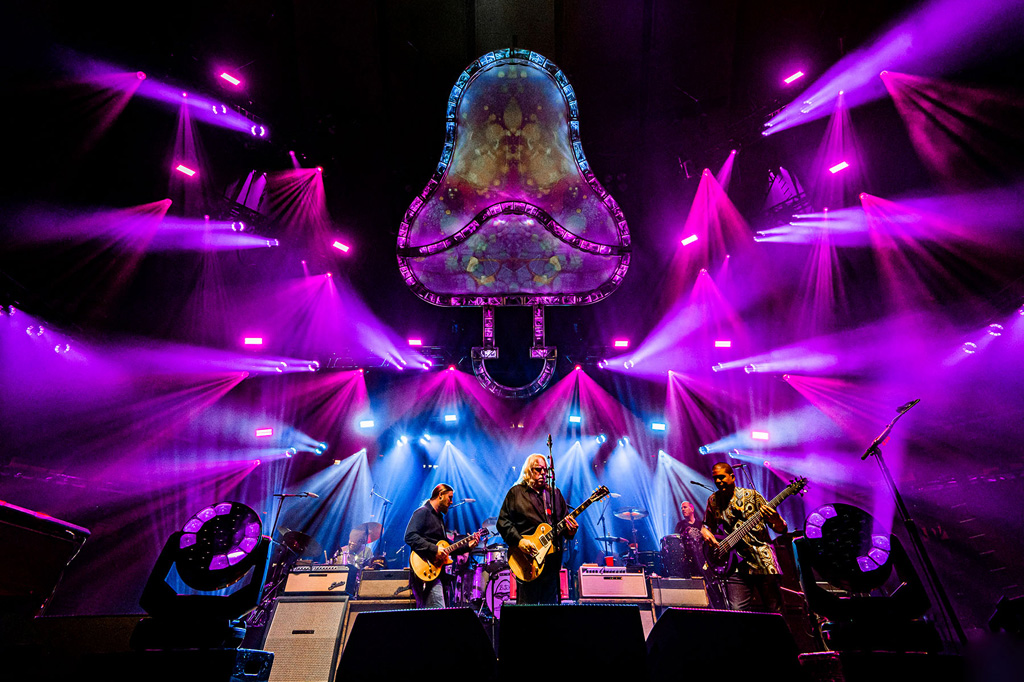 The two sets of 90 minutes were interrupted by a 30-minute break. Together with the half-hour encore, there were 4 hours of playing time.

The challenge with a 4-hour show is to constantly develop the visuals and the atmosphere and to let them grow so that something interesting and visually appealing always happens.

Chris uses Robe primarily for "it's consistent performance and reliability from show to show."

A grandMA2 console with WYSIWYG was used for the control. The WYG file was built by Luciano Savedra and Max Blackman supported the programming process.

With only one day to load-in and set up, Chris is enthusiastic about Production Manager David Sutherland, who did a "breathtaking job" and everything was loaded and set up on time.