In the case of bodies of water, the electrical conductivity provides initial indications of the inflow of rainwater and wastewater. High conductivity values ​​can be attributed, for example, to the runoff of paved business and farm areas after rainfall in the catchment area and peak values ​​in winter to the use of road salt in winter service.

With the help of electrical conductivity, the total content of dissolved salts in a body of water can be estimated relatively quickly. The salts can be of natural origin (e.g. weathering of rocks) or of human origin (e.g. road salt, industrial waste water). 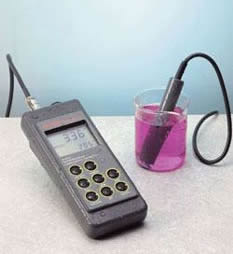 Electrical conductivity (conductivity) of the water in Berlin's Müggelsee from July 20th to July 27th, 2007. 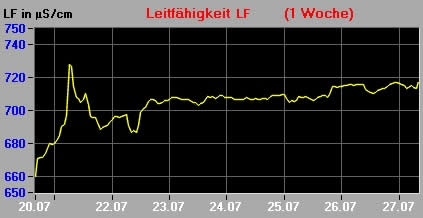