How are atheists treated in Pakistan

Atheists and critics of religion are persecuted and discriminated against in many parts of the world. Atheists face the death penalty in at least seven countries.

This is shown by a report published in Geneva on Monday. Especially in Islamic states, atheists and non-religious people are threatened by the state and religious authorities. But even in some Christian countries in Europe and in the USA, atheists and humanists are treated like lepers, writes the International Humanist and Ethical Union (IHEU) in its report published on Human Rights Day. More on this in Protests on Human Rights Day 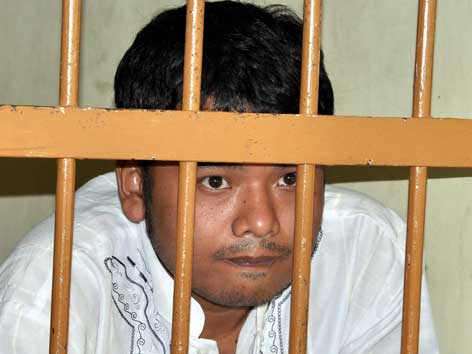 32-year-old Alexander Aan was sentenced to two and a half years in prison in Indonesia in June after declaring himself an atheist on Facebook and administering an atheist group.

"There are laws that deny atheists the right to life, curtail their right to freedom of belief and expression, deprive them of their civil rights or the right to marry," says the 70-page report "Freedom of Thought 2012".

The IHEU is the umbrella organization of over 120 humanist, atheist and secular organizations from 40 countries. She published her report on the occasion of the International Day of Human Rights.

Other laws block non-religious “access to public schools and universities, to jobs in the public sector and criminalize criticism of religion”. The report examined the situation in around 60 countries. In seven countries - Afghanistan, Iran, the Maldives, Mauritania, Pakistan, Saudi Arabia and Sudan - atheists and converts are threatened with execution. According to the study, the death penalty was no longer officially carried out for religious reasons; instead, other charges were brought forward.

In these and other countries such as Bangladesh, Egypt, Indonesia, Kuwait and Jordan, the publication of atheistic or humanistic writings is forbidden or severely restricted by “blasphemy” laws. In many countries, including Malaysia, citizens are also forced to register as members of a religious community. Only a few religions are accepted - besides the Islamic, the Christian and the Jewish.

This forces atheists to lie to non-religious people or members of other religions, for example to obtain a passport. Without official documents, however, they are not allowed to travel, drive a car, go to university or get access to medical care, the report says.

Many secular states in Europe, sub-Saharan Africa, Latin and North America would, in turn, give Christian churches preferential treatment. In Greece and Russia, for example, the Orthodox Church is strictly protected from criticism and has a place of honor at state celebrations. In Great Britain, on the other hand, bishops of the Anglican Church automatically receive a seat in the upper house of parliament.

In the United States, on the other hand, the right to freedom of worship and freedom of expression is protected by the constitution. However, in at least seven US states, atheists are constitutionally excluded from public service. In one state, Arkansas, atheists are even barred from witnessing trials by law.