What remains of Trump: delusion and reality

The temporary end of the Trump era has given us historical respite. We have to use it to understand what happened there. 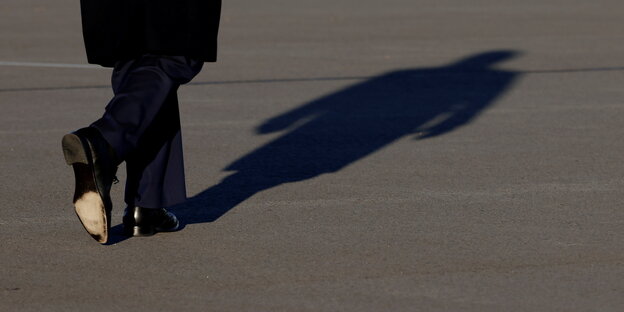 Donald Trump leaves, but the specter of Trumpism continues to move around the world Photo: Carlos Barria / Reuters

The clever Marilyn Monroe aptly described the type of her persecutors in the anti-communist witch hunt: "semi-fascist jumping jack". The world seems to be getting rid of what one can rightly call an apotheosis of the semi-fascist jumping jack. Uffa! Gone well again. No more four years of lies, baiting, narcissism and sheer stupidity. Or?

There is still this nasty aftertaste: Almost half of the American electorate have made nothing of everything that Donald Trump was guilty of during his reign in office. They wanted more of it! Trumpism as a post-post-democratic episode of decline will remain with the US and the rest of the world. And here? AfD voters, corona deniers, conspiracy fanatics, racists and toxic chauvinism everywhere you look. Not to mention the clandestine approval of all of this. We have already been so much further on the way to enlightenment, humanism, justice and tolerance! In any case, some of the societies concerned believed.

A worryingly large number of our fellow human beings seem determined to follow people, ideas, and movements that can neither be rationally explained nor morally justified. It is particularly frightening when you lose people to whom you have been friends for a long time, overnight, so to speak, to one of these anti-rational and anti-ethical milieus. The break with the great narrative of democracy and the rule of law, enlightenment and humanism, reality and science goes right through the families, the neighborhoods, the working worlds, the clubs. Often this break is so fundamental that it can hardly lead to reconciliation.

In any case, I personally cannot imagine sitting down at the table again with someone who whispers about Jewish world conspirators with 5G rays, explains the social responsibility of mask and distance to the “dictatorship” or considers it necessary, including for children shooting to deter "illegal immigrants". And I do not expect any reconciliation offers from the other side. But defining the fault line is not enough. We leave our descendants not only a planet in danger and a society in disarray, but also stories, knowledge and images. It's also worth fighting for. And if world history gives us a breathing space with the provisional end of the Trump era, then it must also be used for attempts to understand what happened there.

There is the truth of materialism, which Karl Marx formulated in “The Holy Family”: “The 'idea' was always embarrassed insofar as it was different from the 'interest'.” In fact, it turns out again and again that behind ideological noise there is nothing but selfish interest emerges. From this a simple guideline can be derived for the defects of this time: Follow the trail of the money! The more universal credo is: It's the economy, stupid! But that can also be reversed: It's the stupidity, economist! The (economic-egoistic) interest creates such a fundamental form of stupidity under pressure that it even turns against one's own interest.

The Marx sentence can perhaps also be reversed: “The 'interest' is often embarrassed when the idea gets in its way.” In so far as an “idea” can be understood as a representation of deeper passions: desire, hate or fear. Materialistic rationalists can only shake their heads at the behavior of people who act contrary to their own interests. For example in voting booths or at street events. And what about writers, TV chefs, cabaret artists, actors, scientists, etc. who risk their contracts just to pursue malicious political fantasies? Interest (the hope of turning attention to money) or an idea (the risk of contagion from unscrupulous de-realization)?

So one could follow the trail of fear as well as the trail of money. Of course there are always points where both come together. The racism of the German right is based on solid economic interests and at the same time on the social legacy of fear and hate energies. The fear in neoliberalism is reduced to one issue: one's own losses. Loss of career, loss of freedom, loss of sex and power, loss of fun. Just as one can observe during war, as a famous nurse once recognized, that the greed to kill is greater than the fear of dying, so in our present day the greed to get as much of the cake as possible seems greater than the fear of him could be poisoned.

Anyone who is so reluctant to have a “reasonable” level of interest needs an idea, an ideology, a phantasm - even more: delusion as a justification. It is not because someone believes in an ideology that they do everything to secure a short-term advantage, but on the contrary: because someone is looking for a short-term advantage at all costs, he or she looks for an ideology that allows exactly that. But the ideology, which is made up of greed and fear, becomes independent: Interest and ideas are inextricably tangled.

The semi-fascist jumping jacks of this world show how well one can hide one's interest in ideology and ideology in interest, if only one succeeds in transforming greed and fear into “conviction”. Then one can in fact renounce reason and morality. In reality anyway. Donald Trump is gone, but the specter of Trumpism continues to haunt the world.